NASCAR award-winning racing driver Danica Patrick officially retired after her last race at the 2018 Indianapolis 500. So, what is Danica doing as of 2020? Well, she hosts a podcast called ‘Pretty Intense,’ where new episodes come every Thursday. 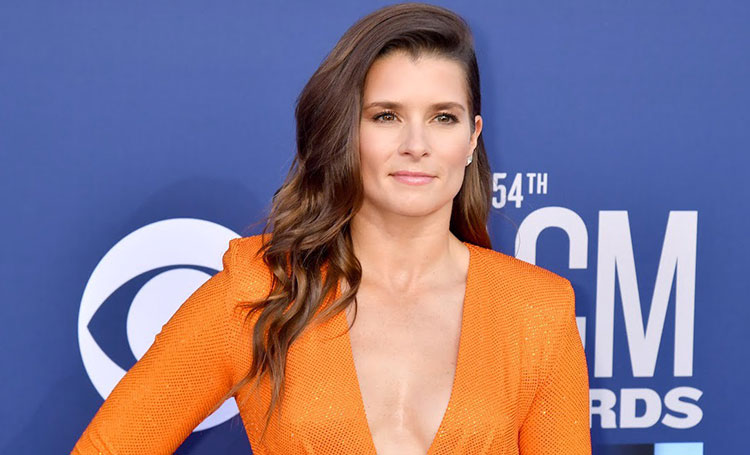 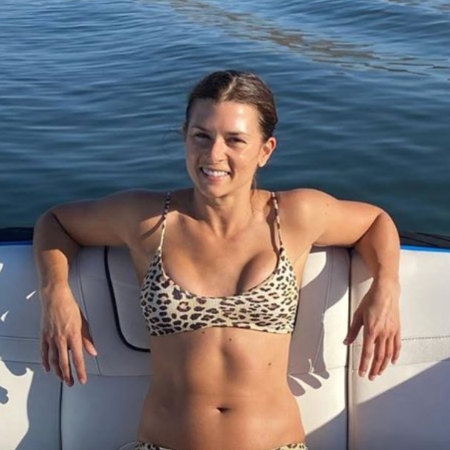 NASCAR award-winning racing driver Danica Patrick officially retired after her last race at the 2018 Indianapolis 500. So, what is Danica doing as of 2020? Well, she hosts a podcast called ‘Pretty Intense,’ where new episodes come every Thursday.

Also, the 37-year-old is enjoying her dating life with NFL quarterback Aaron Rodgers. With a net worth of $60 million, Danica is also involved in charity works.

It is often said that parents’ quality is transferred to their children. Danica’s mother, Beverly Ann Patrick, was a mechanic for a friend’s snowmobile. While her father, Terry Joseph “T.J” Patrick Jr, raced midget cars and motocross. They met on a blind date at a snowmobile event in the 1970s.

Patrick was born on March 25, 1982, in her hometown of Beloit, Wisconsin, United States. She has a younger sister, Brooke Patrick, a pediatric physical therapist. Beverly and T.J. have been great inspirations for Dan’s racing career.

In January 2018, Patrick confirmed her romance with the Green Bay Packers’ quarterback, Aaron Rodgers. The two confessed their love by kissing publicly at Daytona 500 series in February 2018. The series was the last race of her career.

Not only Patrick but Rodgers also looks much happier than ever. They are yet to be married, but in an interview with Jenny McCarthy, Danica revealed they might get hitched soon. It’s just a matter of time.

There was once speculation on social media about Danica being pregnant. She shared a picture on her Instagram with sister Brooke on May 5, 2019. She wrote: “My sister Brooke and I sat down for a chat, and it was really good! We covered a lot of topics, especially pertaining to kids, and – I got some good advice!”

Patrick specified that she was not expecting kids, but fans started guessing her kid might be on the way. The couple hasn’t revealed their marriage plans, although they would make a great match. Also, Patrick and Rodgers have been very supportive of each other.

The lovebird first met one another in 2012 at the ESPY Award. In an interview, Patrick revealed that they were distant friends and often saw each other at different places. After realizing similar traits, they began having an affair.

Danica and Aaron made their first red carpet appearance on July 18, 2018, at the ESPYS. If you don’t know, Patrick became the first woman to host the 2018 ESPYS awards. Rodgers praised his girlfriend through an Instagram post by writing, “So proud of this beautiful, talented, funny, ESPY Host!!”

Danica Was A Married Woman

Before dating the NFL quarterback, Patrick was a married woman. She married a physical therapist and a golf player, Paul Edward Hospenthal, in 2005. They first met in 2002 at Paul’s office when she was recovering from a hip injury.

They exchanged their engagement ring in 2004, but after eight years of marital relationship, they divorced in 2013.

During her relationship with Paul, she was dating fellow racing driver Ricky Stenhouse Jr. from 2012. So, this might be the reason why Paul and Danica split their relationship. But Stenhouse and Patrick’s relationship was also ephemeral. After five years of intimate romance, they parted in 2017.

Before Danica, Aaron was in a relationship with actress Olivia Munn. They started dating in 2014 after meeting during the Academy of Country Music Awards in Las Vegas. Sadly, they ended their relationship in 2017.

Danica Patrick was among the NASCAR’s highest-paid drivers. She has a net worth of $60 million as of 2020—sites such as The Richest mention her net worth of around $18 million. Nonetheless, Danica has had a lucrative career so far.

So, how did she manage to amass such massive wealth? Danica has received an impressive salary from her professional involvement in many auto racing career tournaments.

In 2012, her earnings were around $12 million, which she amassed through NASCAR, endorsements from brands such as Go Daddy, Coke Zero, and Tissot watches. Likewise, in 2013, her total earnings were $15 million.

Apart from her earnings from racing, Patrick has a few business ventures. She owns a brand of wine called Somnium (dream in Latin). Also, she has an athleisure collection, “Warrior by Danica Patrick.”

Further, Patrick is also an actress who has portrayed the role of a car racer in the American TV series CSI: NY. She has also done a voice role in the animated sitcom, The Simpsons.

On the other hand, her boyfriend, Aaron Rodgers, signed a four-year extension with the Packers worth $134 million with a $57.5 million signing bonus.

Danica as An Author

Danica can be taken as one of the multi-talented ladies. Among many professional works, she is also an author. Till now, the rising author has published two books. She released her first book Danica–Crossing the Line, in 2006.

The book was sold at $11.20 and $11.79 on its Kindle and Paperback, respectively, at Amazon. Likewise, she published her second book, Pretty Intense: The 90‑Day Mind, Body and Food Plan That Will Absolutely, in 2017.

The book was co-authored by Stephen Perrine and is based on a 90-day program to sculpt your body, calm your mind, and achieve your highest goals.

Danica and Aaron’s House is worth $28 Million.

As of 2020, the love partners Danica and Aaron live at their mansion in Malibu. As per the TMZ, the couple bought the beach font villa for $28 million in 2018. 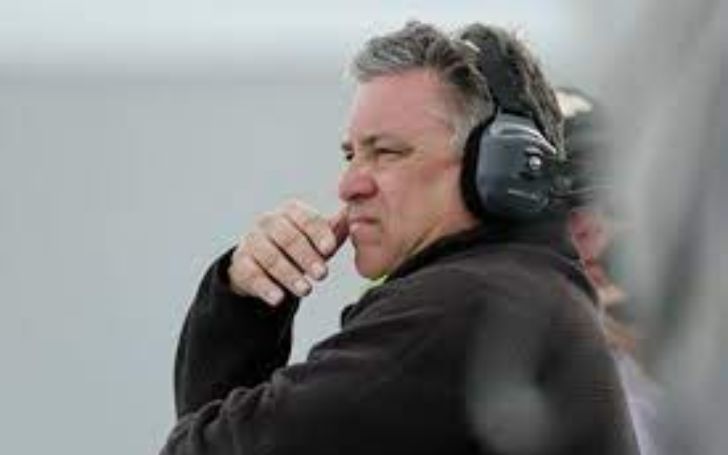 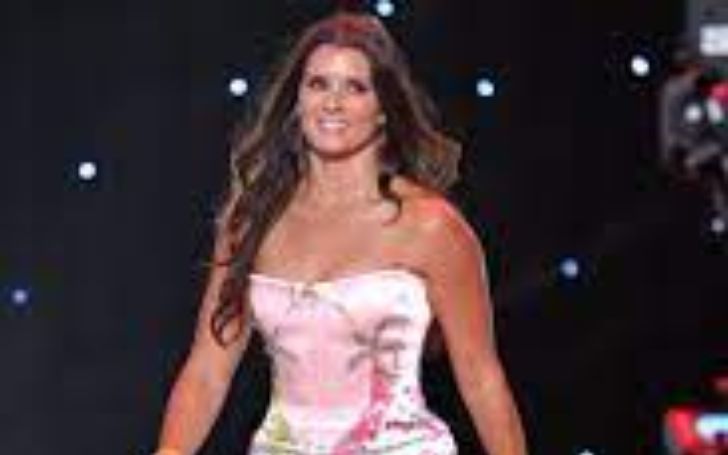 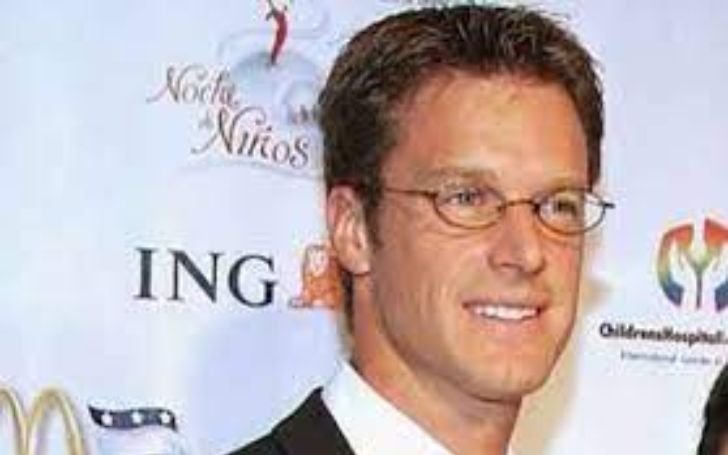