Milan Allen’s father ensures that she is living her childhood like a princess. Rakim owns a net worth of more than $8 million.

As he has collaborated with famed artists Ed Sheeran, Nicki Minaj, Wiz Khalifa, 2 Chainz and Chance the Rapper, Rakim was among the Rolling Stone‘s 10 Artists You Need to Know. 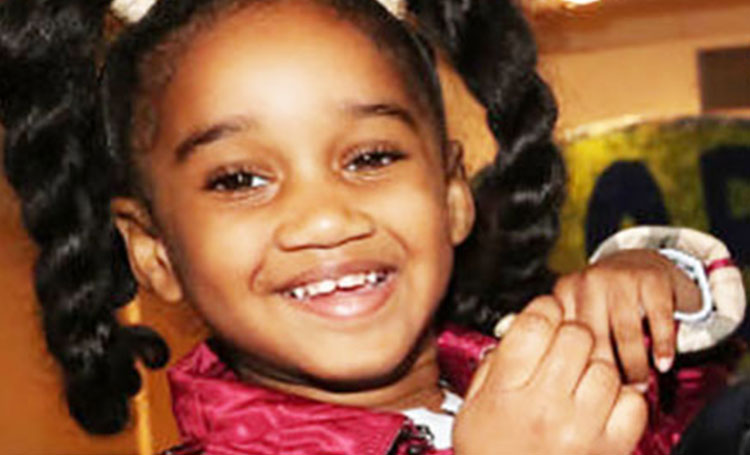 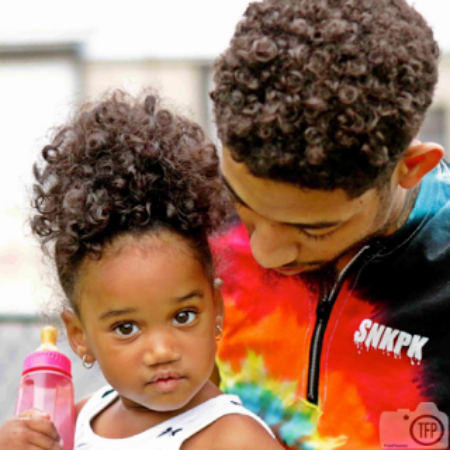 Philadelphia, born Rakim Allen, aka PnB Rock, always faced prison sentences back in his young days. Now, Rakim belongs to the list of skilled American rappers and is best known for his 2016 single Selfish.

Once a homeless kid, Rakim is now a loving and caring father to his daughter Milan Riley Allen. On October 22, 2013, Milan was born to Rakim’s late ex-girlfriend Chynna Brown.

Milan celebrated her 6th birthday with her celebrity dad Rakim and other families this year.

Although Milan is well provided and looked after, her dad’s childhood was not so pleasant. Born on December 9, 1991, in Philadelphia, Pennsylvania, Rakim lost his father, Raymond Allen, when he was just three years old.

Rakim’s father was reported to be murdered. His death caused a severe problem in the Allen family. Subsequently, Vivian Allen and his four siblings were raised by Rakim as a single mom.

Young Allen used to involve robberies and fighting in school regularly. Due to his ill manners, Rakim was enrolled in a youth detention program.

But that didn’t change Rakim, and at the age of nineteen, Allen was sentenced to 33 months in prison for drug possessions and several other crimes.

After nearly three years in prison cells, Allen was released, but he was homeless. What is more, he never graduated from high school.

On January 20, 2019, Rakim was arrested with a search warrant at his Pennsylvania home. Eventually, the famed rapper was charged with possession with intent to deliver, possession of narcotics, and receiving stolen property.

She is a model who is the founder of a clothing line, Yi Minx. The notorious couple was arrested on drugs charges in Philadelphia on January 20, 2019.

On December 9, 2019, Stephanie shared a post on her Instagram revealing her six-month pregnancy news. Stephanie also revealed the gender of their baby, which is a girl.

PnB Rock seems quite happy as he will be the father of two daughters.

Milan Lost Her Mother Chynna a Couple of Years Ago

Late Chynna was a former girlfriend of Milan’s dad Rakim. The couple broke apart when Milan was just a year old. After that, Chynna began dating a guy named Matthew Wilson, who was rumored to be abusive. Matthew had shot Chynna dead.

The incident was witnessed by Milan, who had cried at the scene. But cruelly, Matthew locked Milan inside her room and had left the house.

Coincidently, it was Rakim’s turn to take Milan out for the weekend that fateful day. When he reached to fetch Milan, Rakim got to know of the incident and called for help. After Chynna’s death, Rakim was given full custody of the little girl.

Milan’s father ensures that she is living her childhood like a princess. Rakim owns a net worth of more than $8 million.

As he has collaborated with famed artists Ed Sheeran, Nicki Minaj, Wiz Khalifa, 2 Chainz and Chance the Rapper, Rakim was among the Rolling Stone‘s 10 Artists You Need to Know.

Take a look at Milan Allen:

Like a saying, “Don’t wish it were easier, wish you were better, “Milan’s dad indeed had a rough time being a single parent. But his awful childhood shaped him as a caring father to Milan.

From Rakim’s Instagram and Twitter posts, one can take a peek into Milan’s expensive lifestyle. Additionally, Rakim never hesitates to share cute photos of little Milan.

One thought on “Milan Allen”