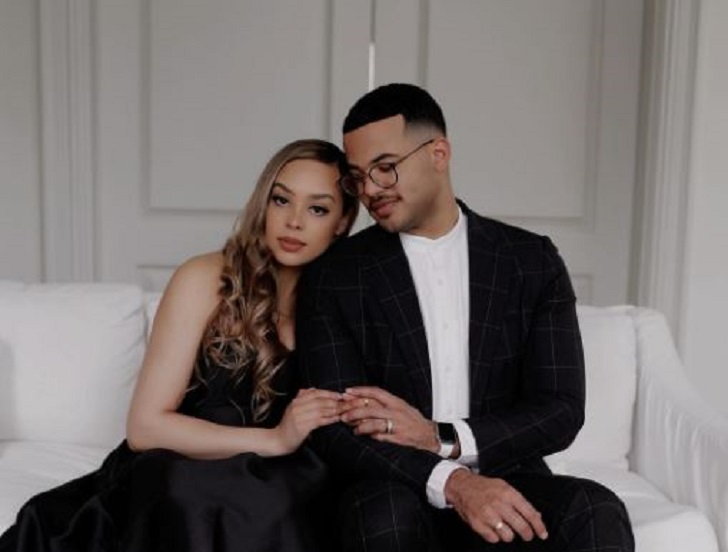 The Scotts have amassed 6 million followers on their official Tiktok account. Similarly, they have received a total of 264.9 million likes. Kristy Sarah and her husband Desmond have also attended the 64th Annual GRAMMY Awards function on April 3, 2022, in Las Vegas.

Now, check out the detailed information regarding Kristy and Desmond’s married life in the following sections.

The Youtuber Kristy and Desmond’s relationship started in their high school days. They are high school sweethearts who began their relationship in 2010. Since that day, they have been sharing a blissful romantic bond that is still going strong.

After three-years-long dating, Desmond proposed to Kristy with an engagement ring. Later, the couple decided to take their relationship to the next level. They tied the wedding knot on August 10, 2014. The intimate wedding ceremony was held in  Houston, Texas, in front of their close ones.

When exchanging vows, Kristy was 19-years-old, and Desmond was 20. The bride, Kristy, wore an embroidered strapless gown for the big day, and groom Desmond walked down the aisle wearing a grey tuxedo. Their wedding photos are available on Kristy Sarah’s official Instagram account.

Mr. and Mrs. Scott are soon celebrating their eighth wedding anniversary in August 2022. The husband-wife duo is living merrily, supporting each other and growing jointly. Similarly, Kristy and Desmond travel; she also never misses a chance to share pictures on her Instagram account.

They Have Two Sons

From the marital solidarity, Kristy and her husband Desmond shared two boys. On April 13, 2018, Kristy revealed the news of her first pregnancy via an Instagram post. Later, she and Desmond welcomed their first son, Vance Scott, in October 2018.

Again in October 2019, she announced that she was expecting a second baby with her hubby, sharing a picture of her big baby bump. They became parents for the second time in November 2019, welcoming son Westin Scott.

As of now, Kristy and Desmond are jointly parenting their sons. They Scott brothers often feature in the posts and videos updated by their parents on their social networking sites.

The Scott pair earn an impressive sum of wealth from their official Youtube channels. The channel has 978 thousand subscribers as of April 18, 2022.

Watch one of the videos from The Scotts Youtube channel

As per the SocialBlade, the channel earns $8.4 thousand –  $135 thousand per month. Similarly, it makes $101.3 thousand –  $1.6 million per year. For the information, Desmond and his wife Kristy also run a short film-making company called Meant To Be Films.