Whom Is The Stranger Things Actress Maya Hawke Dating? 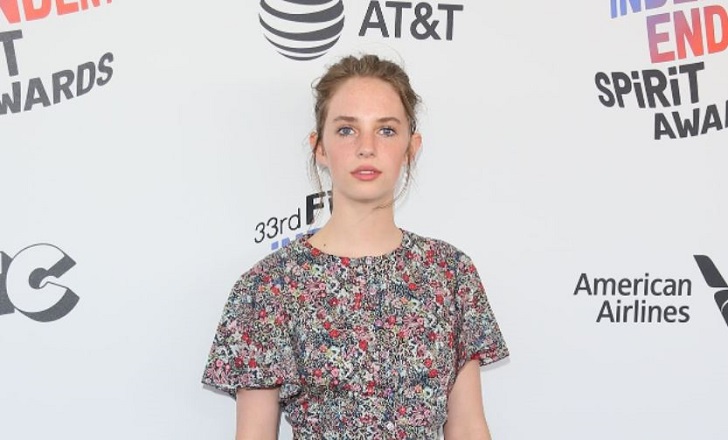 Maya Ray Thurman Hawke, aka Maya Hawke, is an American actress famous for her acting skills. Maya, who celebrates her birthday on July 8, is prevalent for portraying the leading character of Robin Buckley in Stranger Things.

The actress Hawke has been a part of the Hollywood Film Industry since 2017. Besides acting, the 5-feet-8-inch (174 cm) tall actress has also made her involvement in modeling. Maya has modeled for ELLE Magazine, Wonderland Magazine, VOGUE, etc. Similarly, Maya is also a musician who has already released two studio albums, Blush and Coverage.

These were some of Maya’s professional works representation. But, what about her personal life? Is the actress living a single life or dating someone at the moment? Know about her love life in the following sections.

The 23-years-old Once Upon A Time In Hollywood actress Maya has not made her relationship Instagram official. But, she has made a romantic public appearance with Spencer Barnett. Spencer is a musical artist who has released songs such as Welcome To My Mind, Slow It Down, etc. Similarly, Spencer is the son of  Shaklee Corporation CEO Roger Barnett.

On February 14, 2022, on Valentine’s Day, actress Maya and singer Spencer were spotted sharing romantic moments in Manhattan. As per Daily Mail, Spencer happens to be friends with Maya’s brother Levon Hawke. So, he might be the one to introduce Maya to Spencer.

Likewise, in April 2022, Hawke and Barnett were seen hanging together in Paris. Although they have made their appearance in public places, Maya and Spencer are yet to announce their relationship clearly. As of now, the couple is sharing an intimate romantic relationship.

The Fear Street cast Maya was previously linked with English actor Tom Sturridge. The actor Sturridge, 36, has made her appearance in Effie Gray, Mary Shelley, A Waste of Shame, The Sandman, and others.

Maya and Tom confirmed the rumors regarding their romantic relationship in August 2020. However, the romance did not last long. They stayed in a relationship for year-and-a-half. Moreover, actress Maya also dated Gus Wenner.

Since birth, the Italian Studies actress Maya has lived a limelight life as a star kid. Maya is no other than the elder daughter of legendary Hollywood personalities Ethan Hawke and Uma Thurman. Maya’s parents are prestigious awards-winning actors and actresses.

Maya’s father, Ethan, 51, is featured in successful films, series and theatrical such as The Northman, Moon Knight, Born To Be Blue, Alive, Henry IV, Macbeth and others. Ethan is also a screenwriter and director who has worked in Chelsea Walls, Total Recall, Blaze, etc.

On the other hand, Maya’s mother, Uma, 51, has been involved in the acting industry since 1985. Her featured film and series include Dangerous Liaisons, Batman & Robin, The Avengers, Kill Volume, Super Pumped, Les Miserables, etc.

Ethan and Uma tied the wedding knot on May 1, 1998, after meeting for the first time on the science fiction film Gattaca’s set. From the relationship, they shared two kids, Maya (b. 1998) and Levon (b. 2002). However, Uma and Ethan’s marital relationship did not last long. They separated in 2003 and divorced in 2005.