The American journalist Amara Walker is a news personality working as correspondent, anchor at CNN, Atlanta. The 40-years-old Amara has been married to her husband Thomas Walker since 2012. They have two kids. 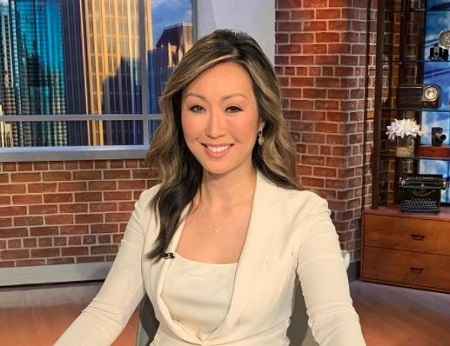 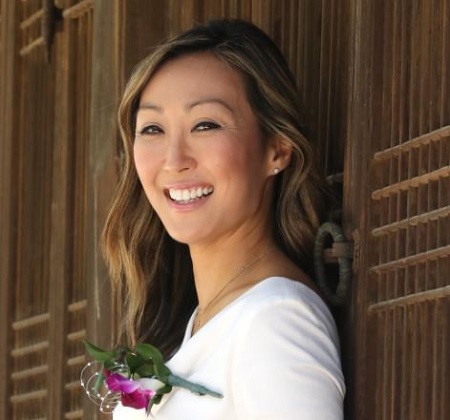 The journalists are the medium through which we receive news and information that happened all over and beyond the nation. Like other journalists, Amara Walker is also the one. She currently serves as a correspondent and anchor for the multinational news-based channel CNN.

Amara Walker Is Married To Her Husband, Thomas Walker

How and when Amara and Thomas first met one another is unclear. But, it seems like the couple began their romantic affair in 2011. On September 13, 2019, she shared a throwback picture of herself and her husband, Thomas. At the last of her caption, Amara said, “It was exactly 8 years ago today I said yes to my #1.“

Amara and Thomas decided to take their relationship to the next level following a year-long romantic affair. In April 2012, Amara and Thomas exchanged the wedding vows at the church in Austria. Moreover, on the big day, the bride wore a sleeveless floor-length gown, and the groom dashed the look wearing a black tuxedo.

On April 23, 2019, wishing her husband Thomas on their 7th marriage anniversary, she explained their beautiful wedding ceremony, saying,

“It’s our Lucky 7! About this time, 7 years ago, we were on a boat cruising #LakeWolfgang, Austria cutting our wedding cake surrounded by our family and friends. It was truly a fairytale wedding. Wed in an 18th-century church, celebrated in a mountain hunting lodge. Happy anniversary to my heart.”

As of now, Mr. and Mrs. Walker are sharing a healthy bond as perfect married partners. The married duo is living blissfully and is soon celebrating its 10th marriage anniversary. Additionally, Amara never misses a chance to share pictures with her spouse on her official Instagram and Facebook accounts.

The news personality Amara and her spouse Thomas shared two adorable kids from a strong marital bond. They are jointly parenting their children.

The married duo became parents for the first time in April 2018, who shared a daughter, Charlotte Walker. Similarly, on May 9, 2020, Amara announced her second pregnancy via Instagram post. Later, in June 2020, she gave birth to their son, Lukas Johann Walker. Also Read: Nicholas Wallace

Charlotte, 3, and Lukas, 1, live merrily with their celebrity parents. Similarly, the Walker siblings are also gaining celebrity fame. However, their parents are very protective of them. They have not shared their image; even if they do, they put stickers on their faces.

Amara has earned a good sum of wealth from her decade-long journalism career. Walker joined CNN in 2012. She began her career at CNN as an anchor for CNN International‘s global news program CNN Today. Amara has reported on the 2021 Atlanta Spa Massacre, Political Crisis in Venezuela and others.

As per Glassdoor, the average salary of a CNN reporter, and anchor ranged from $57,114 to $140,000 per year. Likewise, Walker previously served for TV stations such as Fox Chicago News, MSNBC, WTVJ-TV (NBC 6), etc. From work, she might have received an impressive sum of wealth. Additionally, as of early 2022, journalist Amara Walker has an estimated net worth of $1 million.

The journalist was born Amara Sohn on November 20, 1981, under the zodiac sign of Sagittarius. She was raised in Los Angeles, California, by her Korean Sohn parents. The detailed information regarding her mother and father is lacking. However, they can be seen on posts uploaded by Amara on her social sites.

Moreover, Amara travels to many exotic places with her mother and father. But, her sibling’s information is missing.