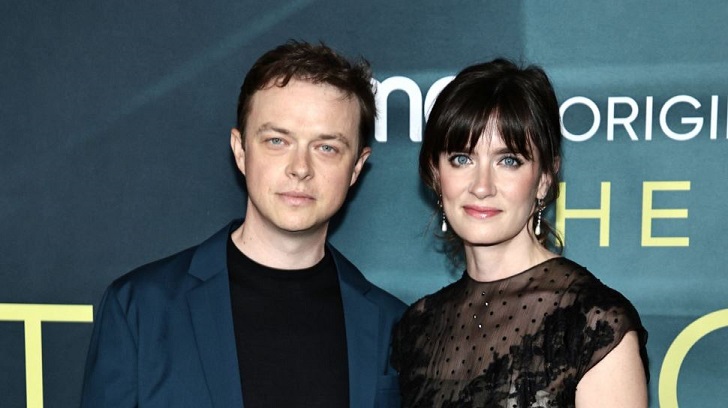 Anna Elizabeth Wood was born on December 30, 1985, in Mount Airy, North Carolina. She is the daughter of her mother, Mary Beth Wood and her father, Bert Wood. Her parents, Mary and Bert, have been married since July 1982. Anna has a big brother named Jarod Wood and a younger brother Nick Wood. The actress has been in a martial relationship with her beloved husband, Dane DeHaan. Now, know the detailed information regarding their marital life below.

Anna’s husband, Dane William DeHaan, is also a professional actor, working in famous and successful worldwide movies and series. Among other credits, the 5-feet-8-inch (173 cm) tall actor DeHaan is famed for his role as Harry Osborn/Green Goblin in the 2014 superhero film, The Amazing Spider-Man 2.

The actress Elizabeth Olsen has also featured in the biographical drama film Kill Your Darlings.

Dane’s other movies and TV shows include A Cure Of Wellness, Thousand Planets, Life, Valerian and the City of Thousand Planets, The Kid, In Treatment, ZeroZeroZero, The Staircase, Lisey’s Story, etc. Wood and DeHaan have also worked in the science fiction film Chronicle (2012) as Monica and Andrew Detmer.

Anna and Dane began their romantic relationship in 2006 after meeting for the first time in North Carolina. Wood and DeHaan attended the University of North Carolina School of Arts (UNCSA), both receiving Bachelor’s degrees in Fine Arts (BFA).

The couple has been since then sharing a healthy inseparable bond. Anna and Dane make their joint presence at the awards and other high-profile events. Also, they do not miss sharing adorable pictures on their social networking sites.

Walked Down The Wedding Aisle In 2012

The Good Wife actress Anna and Metallica: Through the Never actor Dane got married following six years long romantic union. Wood and DeHaan tied the wedding knot on June 30, 2012, in a private ceremony attended by their friends and family members.

Anna walked down the wedding aisle wearing a beautiful embellished gown with a long veil carrying a colorful flower bouquet. Likewise, Dane dashes the wedding look by wearing a brown tuxedo with a striped shirt and a white tie.

Mr. and Mrs. DeHaan currently shares a healthy, loving marital relationship. They recently celebrated their 10th (decade-long) wedding anniversary. On June 30, 2012, Anna shared their wedding picture to wish her hubby Dane on their anniversary, saying, “A whole DECADE since I managed to get the cutest coolest boy in drama school to let me follow him around for the rest of our lives. My life with you is a fairytale @danedehaan. I love you more than I have ever found the words to say to you And I know That I am The luckiest.“

On the other side, DeHaan shared a snap from their wedding, captioning, “10 years ago today I married my most favorite person there ever was. Happy Anniversary @annawoodyall.”

From the martial solidarity, Anna and her husband Dane shared two children. On November 29, 2016, Wood announced her first pregnancy, writing, “So excited to finally share our very happy news: Dane and I will be welcoming a new family member into our lives in 2017! Can’t wait for our wildest adventure together yet: parenthood! Let’s do this.“

They welcomed their daughter Bowie Rose DeHaan in April 2017. Again in April 2020, Wood confirmed her second pregnancy via Instagram, showing her big baby bump. They became parents for the second time in May 2020, welcoming son Bert Apollo DeHaan.

The five-year-old Bowie Rose and her younger brother Bert Apollo, 2, are living a limelight life with their celebrity parents. They are gaining fame as celebrity kids and often make their presence on their mother and father’s Instagram post.