Augustus Morgan is famously known for debuting in the AMC horror series “The Walking Dead”. He starred as walker in the episode 5 of 11th season. 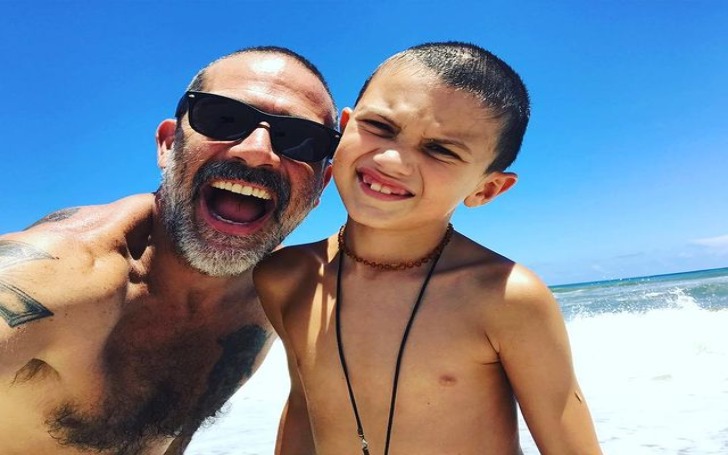 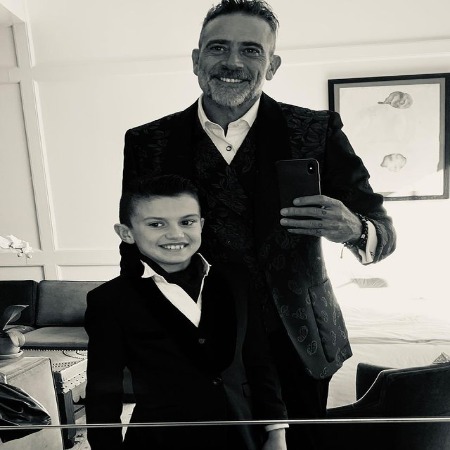 Augustus Morgan is famously known as “Gus Morgan.” He is the celebrity kid of a famous American actor. His father is renowned for the role of Negan in the AMC horror drama series” The Walking Dead “among the youths. The television series is running its eleventh season successfully.

To learn detailed information about his celebrity parents, relationship status, net worth, and social media, please read the article till the end. Stay connected to our website for a unique and exciting biography and gossip.

Who are the Parents of Augustus Morgan?

The celebrity kid was born on March 14, 2010, in Seattle, Washington, USA. His father’s name is Jeffrey Dean Morgan, and his Mother’s name is Hilarie Burton. The zodiac sign of a kid is Pisces. He is happy to have a little sister George Virginia Morgan born on Febuary 16, 2018.

Does Augustus Have Girlfriend?

The celebrity kid is still too young to have a girlfriend. The kid is undoubtedly focusing on his studies and does not plan to make a girlfriend soon. Moreover, He is keeping himself away from social media platforms for now.

If we go through his parent’s relationship status, they first met through Blind Date, thanks to Jeffrey’s colleague Jensen Ackles co-star from supernatural, and Dannel Ackles, who set them up. The two love birds started dating in 2009.

He shared his extraordinary meeting in Huffpost in 2015, saying,” I happened to be single, and Jensen said, ‘I’ve got a girl you should meet. So, I went to a bar, and I met Hilarie at a bar with Jensen and Danneel, and the rest is history.”

Moreover, when the two pairs introduced themselves to each other, their bonding was great from the beginning, and their relationship grew even more, saying, “we ended up back at my(Jeffrey) house drinking shots of tequila.”

The couple didn’t marry for almost ten years, during which the knowledge of their relationship and had quite good bonding. There were different rumors that they married in 2014, but the couple tied their knot in October 2019.

Gus Morgan is the son of a famous American actor and actress. Without a doubt, it is clear he must pursue an acting career. The celebrity kid is following in the footsteps of his parents. He likes to be on the sets and admires his dad’s work.

Without a doubt, the kid doesn’t have his social media handles. He has not created his social media accounts. Besides, we may see him on social media platforms soon as he likes to be in the spotlight. The celebrity kid is often seen on his father’s Instagram account having the username @jeffreydeanmorgan.

He debuted in one famous American Television Series, “The Walking Dead,” where he presented himself as a walker. Morgan appeared in episode 5 of season 11. His dad was so proud and happy for his son.

The celebrity kid presented himself as a director working behind the camera backstage while they were filming Negan’s Story in The Walking Dead: Origins. The dad is proud that his son is pursuing an acting career and is fond of it. Soon, we must see him as the main lead of upcoming television series and films.

What is the Net Worth of Augustus Morgan?

The celebrity kid is still too young to earn and have a profession. Currently, the kid is focusing on his academics and acting career. As Morgan was born with a silver spoon, he is enjoying the massive amount net worth of his parents.

The celebrity kid’s father is a famous American actor and producer. He earns a hefty amount of money from his professional acting career. Moreover, the actor has worked in many television series and movies, adding more money to his net worth.

The famous actor lives in the town of Rhinebeck in Dutchess Country, New York. They made a home on a 100-acre working farm with many domestic animals such as cows, donkeys, chickens, and many more. The estimated cost of their home may cross over $100k.

Morgan’s father also purchased an apartment in the NoHo neighborhood of Lower Manhattan in New York City. Moreover, the apartment seems quite expensive and luxurious, covering an area of 2,600 sq ft for $2.5 million.

Furthermore, the actor has earned acting in many television series and films. He is paid $200k per episode for the role of Negan in the AMC series” The Walking Dead.” He acted in the series since the 7th season, and the show is currently running its 11th season.

It should be noted that his movie Watchman released in 2009, grossed $185 million at the box office globally, and Unholy grossed $30 million, adding more value to his networth. The estimated net worth of this star is almost $12 million as of 2022.

Moreover, his Mother is also an American actress and producer making a hefty amount of money. Her estimated net worth is almost $5 million as of 2022.

What does Augustus Morgan’s Father Do?

Gus Morgan’s father is popularly known as one of the finest actors in the film industry. He is best known for his role as Negan in the popular American post-apocalyptic horror television series “The Walking Dead” among youths.

He started his professional acting career in 1991. Uncaged is his first movie debut playing the minor role of Sharky. Apart from the films, he also acted in the television series Black sheep(1994), Extreme(1995), and Mystery Dance(1995), playing minor roles.

The actor made his breakthrough by starring in the CW Fantasy horror drama series “Supernatural.” He gained popularity from his role as John Winchester. It was the turning point for his acting career, getting exposure to American Main Stream Entertainment Industry.

Furthermore, he is famous for his role as Denny Duquette in the television series “Grey’s Anatomy,” where he stole the hearts of fans in only three episodes. He starred in one of the successful movies “Watchman” released in 2009, grossing $185 million at the box office globally, where he played the role of comedian Edward Blake.

He starred in the 7th season of The Walking Dead playing Negan. The AMC horror series was released in 2010 and ran its 11th season successfully. Moreover, he starred in the movie Unholy, playing the role of Gerry Fenn, grossing $30 million.

He has played Cameo in many other films too. In addition, the actor is now preparing for the popular Amazon Series” The Boys” His role in the series is secret to his fans.

Please stay Connected with us for exciting gossip and biography: FaveBites