Skip to content
Home » Entertainment » Bre Ladd and Luke Walton Married at Aspen, Colorado in 2013, Know about Their Marriage Journey

Bre Ladd and Luke Walton Married at Aspen, Colorado in 2013, Know about Their Marriage Journey 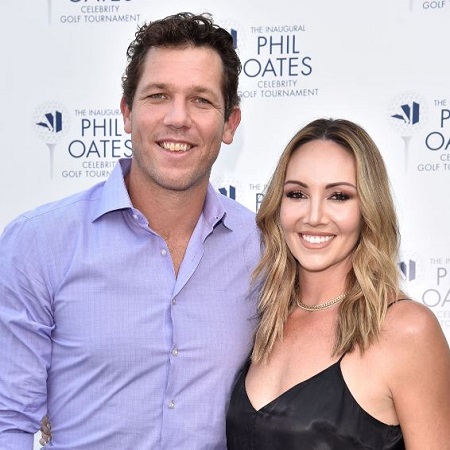 If you are a fan of NBA games, Luke Walton might not be a new name for you. The 6-feet-8-inch (203 cm) Walton played for the Los Angeles Lakers, a professional NBA team from 2003 to 2012. As of now, Luke is working as an assistant coach men’s College basketball team Memphis Tigers. Luke is married to Bre Ladd.

Similarly, Luke’s wife, Bre, is also a sports personality. The 6-feet-1-inch tall Ladd is a former volleyball player. This article will discuss sports couple Luke and Bre’s marital life. Are they in a blissful marital relationship? Know the information regarding their love affairs and marriage in the following sections.

After the first meeting, Luke and Bre shared a good bond as a friend. Later, in 2005, Luke and Bre began their romantic relationship following a three-year-long friendship. They also got engaged. Luke got down on his knee and proposed to Bre on 2012‘s Christmas Eve. Since then, this lovely duo has shared a perfect bond as an inseparable pair.

Following eight years of dating, the Tucson native Bre and San Diego native Luke decided to take their relationship to the next level. They said, “I do” in front of 225 guests on August 17, 2013.

The bride, Bre, wore a floor-length sleeveless gown from JLM Cotoure designed by Hayley Paige. Likewise, the groom, Luke, walked down the aisle wearing a black tuxedo by Tom James. Additionally, their wedding planner was Brooke Keegan Wedding and Events. The wedding cake and flowers were from D’Ellissious Cake Studio and The Aspen Branch.

As of 2022, Luke and his wife Bre have been married for more than 8-years. They share a healthy bond as a perfect married partner. Likewise, the married duo is not involved in rumors about their separation.

Bre and her husband, Luke, have kept her kids far from the limelight. The Walton siblings are getting recognition as celebrity kids. But, they are kept under the spotlight and media recognition. Luke also did not share pictures on his official social sites with his family. Unlike other celebrities, Walton prefers to keep his details under the radar.