Christine Chen is a Taiwanese-American journalist and a professional Yoga Instructor, and she has also written a book named Happy-go-yoga. She works in CBS, PBS, and Fox(fox broadcasting company) as a Journalist. Her Net worth is about $1.5 million. She got married to Richard Velazquez, who is recognized as a leader in the Hispanic community. 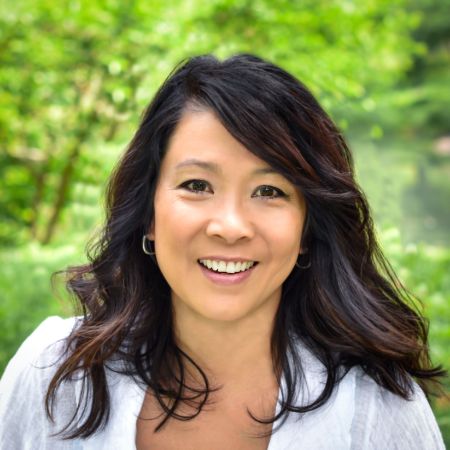 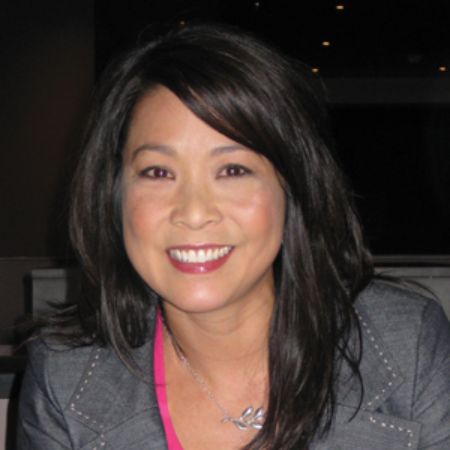 Christine Chen is a Taiwanese-American journalist and the author of amazon.com bestselling book Happy-Go-Yoga. she is a certified Yoga instructor.

And she is the founder of Christine Chen Yoga. she is also well known as a partner at Chen communications and the face of the PBS series.

Age And Education Of Christine Chen

The journalist Christine was born on the 25th of July, 1968. Making her the age 53, she is a zodiac Leo. she was born and raised in San Francisco, California, United States.

She graduated from Miramonte High School in 1986. She completed her bachelor’s degree in English and Mass communication theory from California Berkeley. After that, she started her career as a Weather Anchor in Great Falls, Montana.

There is no valid information about her parents and family background. We only know that Chen’s parents immigrated from Taiwan to The states in the 1960s. And her father was the first Asian Senior Vice President of Bank of America. So, stay with us for more information about Christine Chen.

Net Worth of Christine Chen.

She has also written a book based on Yoga named Happy-Go-Yoga, the best-selling book on Amazon. Likewise, her primary income source is journalism. But she also earns as a yoga instructor As she is the founder of Christin Chen Yoga.

In 2009, she got married to Richard Velazquez, who is recognized as a leader in the Hispanic community. He is also a technology and business executive.

There is no other information about their wedding, honeymoon or children, like where the wedding took place or do they have any children or how long they dated before getting married.

The career of Christine Chen

Chen’s television career has spanned CBS, Fox(Fox broadcasting company), UPN, and PBS(public broadcasting service). Furthermore, Chen’s career as a writer and producer for News Travel Network in 1990after graduating from the University of California, Berkeley.

Chen’s first break as a reporter and weather anchor occurred in 1991 in Great Falls, Montana, for KRTV. She worked in Great Falls for two years and then selected by CBS news in Newyork to be a part of an elite group of five journalists nationwide.

She even received the National Academy of Television Arts and Science Northwest Chapter Emmy Awards for individual Achievement in the News Reporter category.

Chen started practicing yoga in the 1990s due to stress and back/spine issues that developed during her time as a news anchor. And she received her first yoga teacher certification from yoga life in Seattle.

Then she wrote a book about Yoga named Happy-Go-Yoga, a #1 best seller on Amazon.com. Happy-Go-Yoga got sold globally, including Australia, New Zealand, Hongkong, and Estonia.