Christine Ouzounian is the one who gathered full media attention after she faced rumors regarding her romantic relationship with the famous Hollywood personality Ben Affleck. Ouzounian is the former nanny of Ben and his then-wife Jennifer Garner‘s children. 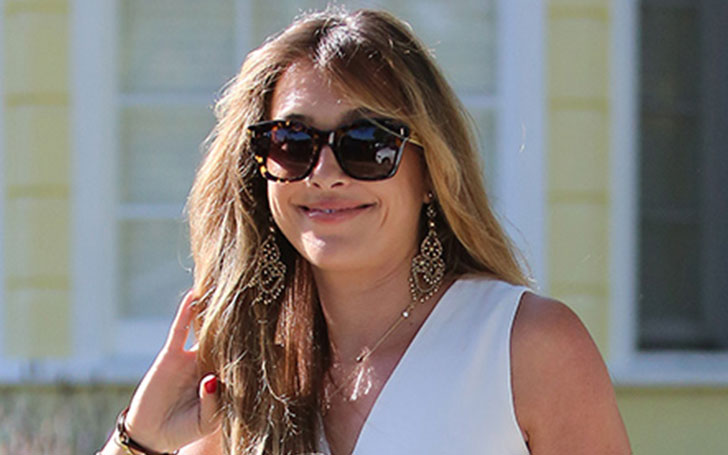 Christine Ouzounian is the one who gathered full media attention after she faced rumors regarding her romantic relationship with the famous Hollywood personality Ben Affleck. Ouzounian is the former nanny of Ben and his then-wife Jennifer Garner‘s children.

The celebrity nanny Christine was born on April 1, 1987, in Los Angeles, California, USA, to Debra (mother) and his husband. She has a twin sister named Caty Ouzounian, a nanny by profession.

Who Are Ben Affleck & Jennifer Garner?

Both Ben Affleck and Jennifer Garner are popular and Award-winning actors and actresses. The actor’s breakthrough performance was in the movies such as Hollywoodland, Batman v Superman: Dawn of Justice, Armageddon, and The Accountant.

Similarly, an actress Jennifer, has portrayed her role in movies and TV shows like Alias, Daredevil, Peppermint,  and others. Besides, from the professional work, Garner & Affleck were also a fan-favorite couple who were married on June 29; they shared three kids.

They shared three kids from the marital relationship; daughters Violet & Seraphina and a son named Samuel Affleck. The former Affleck family of fife was living merrily.

However, after 10-years, the husband-wife announced their separation in June 2015. Later in 2017, they filed for divorce, later finalized in October 2018.

Shortly after Jennifer and Ben announced their intentions to divorce back in 2015, they hired a nanny Christine for their three kids. When Ouzounian starts caring for Violet, Seraphina, and Samuel, Ben and Jennifer are in the middle of a secret 10-month trial separation.

And that was the time Batman v Superman: Dawn of Justice star faced rumors regarding his romantic affair with nanny Christine. The rumor swirled all over the media right after Ozounian’s pal claimed Ben and Christine spent their time together at his newLA- area rental on July 17.

Christine’s friend also explains, “She and Affleck would hang out without the kids, and they were flirty.

However, an actor Ben has revealed all allegations of a romantic affair between him and Christine are untrue and baseless. He denied it, stating he and Ouzounian have nothing but a work relationship and friendship.

Ben has moved on from all rumors and controversies and is living merrily with his new love partner Ana De Armas. Ana, a Cuban actress, met Ben on the set of the film Deep Water. The thriller film was all set to release in November 2020.

The 33-years-old beautiful nanny was engaged to the fisherman Christoph Albury when she surfaced rumors regarding her relationship with Ben. Multiple sources claimed that Albury and Ouzounian were engaged for one year, from 2013 to 2014.

Christoph and Christine used to spend their time together. However, the media claims she called off her engagement with Albury to start a relationship with Ben.

Net Worth Of Christine Ouzounian

The nanny, Christine, has not revealed the exact net worth she enjoys. However, she has an estimated net worth of around $400 thousand, which she has accumulated throughout her work as a celebrity nanny.

As per the sources, before working as a nanny, Ouzounian also worked as a teacher at Head Start Academy for two years.