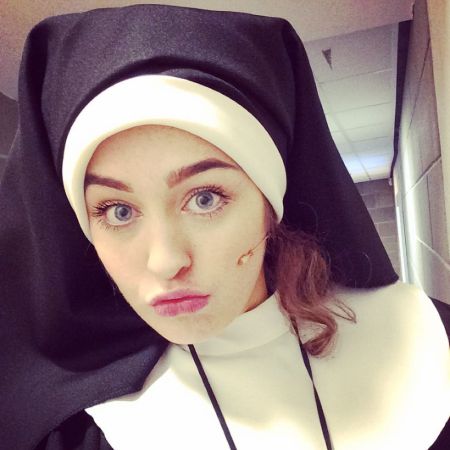 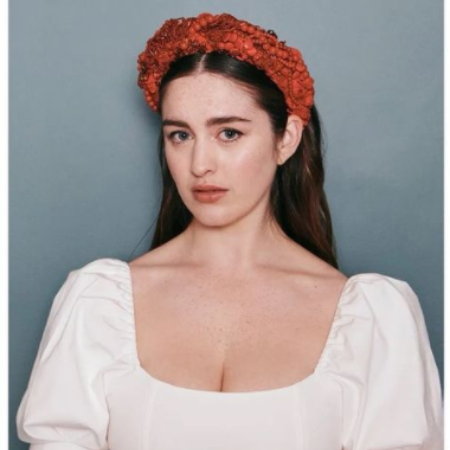 For any actor working, getting a major role in a critically acclaimed series is a dream. Similarly, Danielle Galligan has been training from her childhood and pursuing a career in acting. Furthermore, she is an entrepreneur who has co-founded a major drama company.

We may have seen the young star in the recent Netflix series, but do we know about her academic background and revenue? Well, let’s look at her early years, plays, and net worth.

The theatre artist, Danielle Galligan was born in Dublin, Ireland on the 1st of December, 1992. She was born to average Irish parents to Lorraine Galligan and Tom Galligan. Her mother is a beauty therapist, who has a salon and a beauty school named Galligan Beauty. The beautiful actor was enrolled in Loreto High School Beaufort, where she was a member of a Theatre group. Furthermore, she attended the prestigious Trinity College Dublin and graduated in 2015.

After being trained in acting at the famous Lir Academy, she wanted to pursue a career in acting. Initially, Galligan started with stage production. The talented actor appeared in plays like Lyrics, All Honey, and The Grimm Tale of Cinderella alongside the likes of Tim Moran. Furthermore, after doing plays, she appeared in numerous award-winning movies, for instance, Strangers in the Park, Pernicious, Beautiful Youth, and Break Us. Also, know the early life of Elizabeth Debicki

However, she received stardom after starring for Netflix‘s Shadow and Bone. Besides, the series is an official adaptation of the fantasy book The Grisha Trilogy and Six of Crows Duology, written by the famous author Leigh Bardugo. Furthermore, she also appeared in the mega-popular series Game of Thrones in a cameo role. Further, the Dublin native also co-founded the famous Chaos Factory, which is a theatre company with Fionnuala Gygax, Venetia Bowe, and Rachel Bergin.

More about the Irish Star!

The Netflix star’s Zodiac sign is Saggitarius. As of 2021, Danielle stands at a height of 5 Feet and 6 Inches and weighs around 48 Kilograms. Furthermore, she is of Irish Nationality and belongs to White Caucasian Nationality. Moreover, the beautiful actress has a face like an angel and lean physical structures. In addition, she has big beautiful eyes and natural blonde hair. Also, Read about the Freddy Carter

The TV series actress is also famous on the social network. Galligan has an official Instagram account. Furthermore, the popular page has an impressive following of 98.7 thousand, posted about 249 posts, and is currently following 1032 people. In addition, she is also available on Facebook.

How Much Is Danielle Galligan Net Worth?

Being a professional actress in Hollywood has its massive perks. Consequently, she has a net worth of 100,000 USD. Furthermore, being associated with companies like Netflix, Red Rage, HBO, Zoology Films, 925 Production, Film Venture, and RTE, she has signed numerous lucrative contracts. Her social media also attracts massive engagement rates from fans.

Adding to her revenue stream, she has co-founded the famous Chaos Factory, which is a theatre company. Galligan produced a project titled Kiss Kiss Slap that featured in Dublin Fringe Festival. Get to know the net worth of Amita Suman