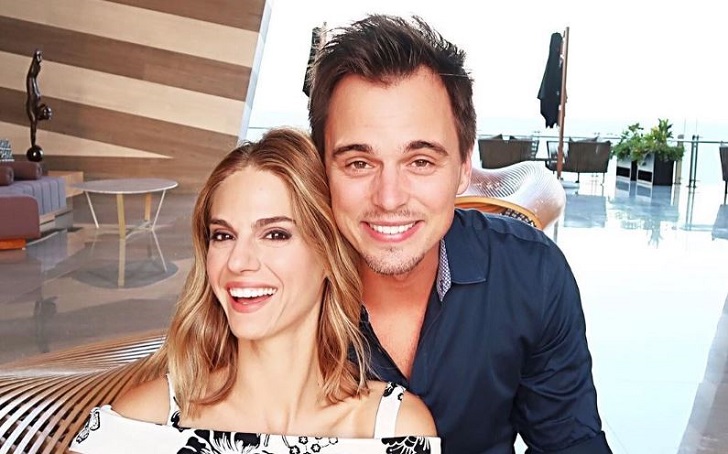 The Honolulu, Hawaii native Darin Brooks is one of the successful American actors. Brooks acting performance as Max Brady in the NBC soap opera Days of Our Lives is famous among his other character ad credits. The series also assisted him in winning Daytime Emmy Award in ‘Outstanding Younger Actor in a Drama Series.’

The Croods: Family Tree actor was born Darin Lee Brooks on May 27, 1984, to Don Brooks (father) and Susan Brooks (mother). The 5-feet-11-inch (182 cm) tall Darin, who is of Polish descent, attended Henry J. Kaiser High School, Honolulu. Brooks joined the Hollywood entertainment sector in 2005, making appearances in the movie Staring at the Sun and the Days of Our Lives series. His first television impression helps him attract audiences.

As of now, Darin Lee, who acts professionally, is earning an impressive salary. The celebrity net worth suggests Brooks has a net worth of $2 million. The actor is in a marital relationship with his wife, Kelly Kruger. Know the details of Brooks and Kruger’s wedding life down below.

The 38-years-old Darin’s love story might be familiar with some Hollywood celebrity couples whose romance initiates on the set of a film or series. Darin also met his now-wife Kelly while filming Blue Mountain State.

The actress Kelly appeared as Julia King, and actor Darin made a regular appearance in the series from 2010 to 2011 as Alex Moran in the Spike sitcom. Additionally, actor Alan Ritchson is also featured in the television sitcom.

Although Kelly appeared in the only episode of Blue Mountain State, she successfully created a good bonding with Darin. Soon, Brooks and Kruger’s cordial connection changes into a romantic union. Till now, the couple is smoothly running their relationship. Kelly and Darin have also worked together in The Bold and the Beautiful series.

Following four years long dating, the Amber Brown actor Darin proposed to his girlfriend Kelly on June 25, 2014, in Paris. The Young and the Restless actress announced her engagement news via her official Instagram. She shared a photo of herself kissing Darin, writing, “…and I said YES!!“

After two years of engagement, the Liars All actor Darin and his fiancee Kelly, Madison Charles Oils founder, tied the wedding knot on March 21, 2016. The couple got married overlooking the beautiful beach in Ohau, Hawaii.

The bride and groom’s close ones were present at an event designed by Steven Boyle in Halekulani Hotel. The recording studio in Hawaii, Aria Studio, handled their wedding images and videos. Also, The Knot shared detailed info about their marriage.

The bride Kelly wore an embroidered floor-length strapless gown from Inbal Dror. Her make-up and hair were styled by @andomafia4life (Instagram) and Emily Oliver Beauty, respectively. Likewise, she carried a white rose flower bouquet. Furthermore, she changed her reception look by wearing a sleeveless embellished gown from Berta Bridal, pairing it with Maria Elena Bridal tiara. And groom Darin walked down the wedding aisle wearing a grey tuxedo.

Since the wedding day, Mr. and Mrs. Brools have been sharing an intimate marital bond. The married duo has been married for six years. Wishing his wife Kelly on their sixth marriage anniversary, Darin shared a video, writing, “6 years? 6 years!! Haha Happy 6th Anniversary babe! Honestly, I don’t know how we got here…I always say, Time flies when you’re having fun. And honestly, that’s exactly what we’ve been doing…You are my best friend! My partner in crime.”

The Castle actor Darin and his wife Kelly shared the news that them expecting their first child on April 15, 2019, through an Instagram post. Brooks upload a picture with Kelly, writing, “Well, here we go!! SO EXCITED TO FINALLY SHARE THIS!!! Our most important role to date. #BabyBrooks is on the way!!“

Likewise, by uploading a video on Instagram, the father and mother of one announced being parents for the second time in August 2021. Their other daughter, Gemma Wynter Brooks, was born on January 21, 2022.

Stay Connected With Favebites For More