Skip to content
Home » Entertainment » Does Dennis Schroder And His Wife Ellen Ziolo Have Kids?

Does Dennis Schroder And His Wife Ellen Ziolo Have Kids? 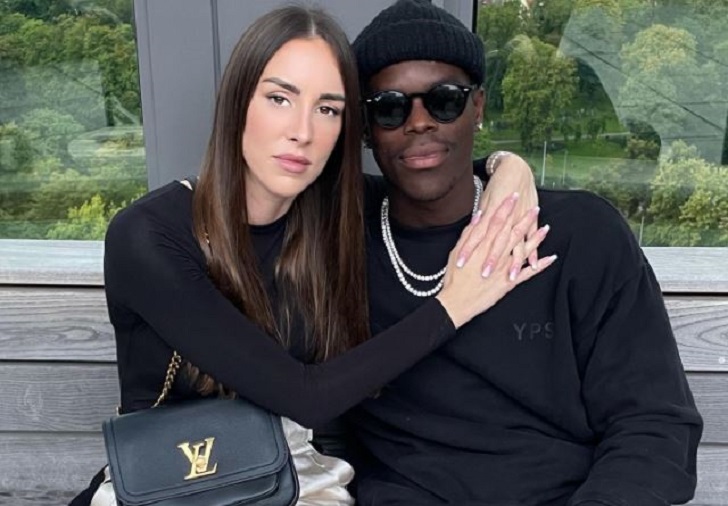 Dennis also lives a blissful personal life like a successful professional playing career. He is in a marital relationship with his wife, Ellen Ziolo. Now, let’s check out Dennis and Ellen’s married and family life in the following sections.

The sources claim that the former Boston Celtics player Dennis and Ellen were childhood friends. Schroder and Ziolo are not open about their first meeting and how the duo began their romantic affair. However, it is reported that they started dating after a long friendship in 2017.

After a year, Dennis proposed to his girlfriend, Ellen, in August 2018. He popped the question after a private helicopter ride. Schroder revealed the news of their engagement via a now-deleted Instagram post. The player also faced criticism for choosing Ellen (a white woman). Also, Ellen confronted fuss for choosing Dennis for money and fame.

Despite controversies, Ellen and Dennis take their relationship to the next level by marrying. The couple tied the wedding knot on July 20, 2019, at Richmond Castle in Braunschweig, Germany. The bride Ellen and groom Dennis’ close friends, family members, and relatives attended the wedding.

Ellen wore a half embroidered, plunging neckline sleeveless silk gown. On the other hand, Dennis dashes the wedding look wearing a grey tuxedo. Since the wedding day, Mr. and Mrs. Schorder share a healthy bond as perfect married partners.

The Schroder family of four lives blissfully at their lavish mansion in Boston. Dennis and his wife, Ellen, spend quality time with their children. Also, they never miss a chance to share pictures with their son and daughter on their official Instagram account.

On July 8, 2021, Dennis shared a family photo captioning, “We can’t be distracted by criticism. REMEMBER. The only taste of success some people have is when they take a bite out of you. SO BLESSED TO HAVE MY FAMILY.“

One thought on “Does Dennis Schroder And His Wife Ellen Ziolo Have Kids?”