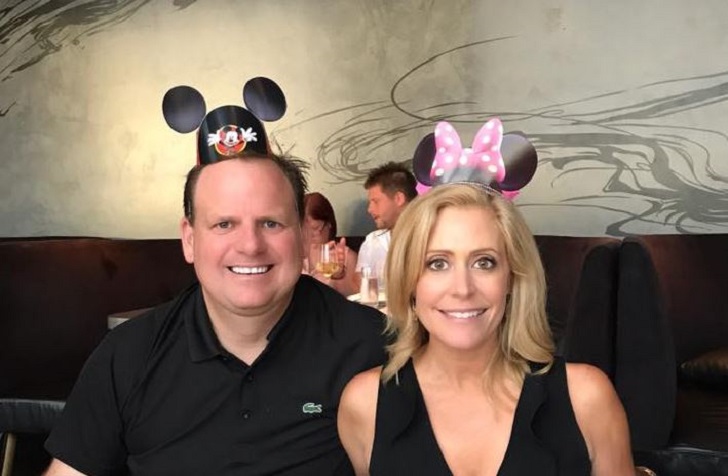 The 49-years-old Melissa Francis, aka Missy Francis, is an American news personality. As per Francis’ Linkedin profile, she has been working as an anchor/host for Fox News Channel and Fox Business Network. Melissa has hosted shows such as After The Bell, Outnumbered, etc.

Before pursuing a career as an anchor, Melissa previously worked as an actress. Her leading role in the NBC sitcom Joe’s World is highly appreciable. Francis’ other movies and TV shows credit includes Little House on the Prairie, The Dictator, Morningstar/Eveningstar, and others.

The 5-feet-6-inch (168 cm) tall Melissa graduated with a Bachelor in Arts (BA) degree in Economics from Harvard University. Besides an actress and TV personality, Melissa is also a writer/author. Francis has an approximate net worth of $8 million. Now, let’s see the detailed information regarding Melissa’s marital life in the following sections.

Wray is the founder and CEO of the private investment organization Clear Heights Capital. The company’s motive is to “invest in exceptional leaders of small and mid-size businesses and work with them to build great middle-market companies.”

Similarly, Thorn is a partner and former Chief Executive Officer at Focus Impacts Partners. Likewise, Wray’s Linkedin account suggests he is an advisor at Sawa Credit Inc and the Board Members of Futures and Options.

How and when the ‘Diary of a Stage Mother’s Daughter‘ author Melissa and entrepreneur Wray met one another is unclear. Like Francis, Thorn is a graduate of Harvard University. So, they might have their first meeting at the University.

It is unknown regarding their first encounter, but it is clear that the duo dated before tieing the wedding knot. As per Melissa’s Instagram post, she and Wray have been in a marital relationship since May 1999. The detailed information concerning their marriage is lacking, but on the big day, the bride, Melissa, wore a sleeveless gown, and the groom, Wray, dashed the look by wearing a black tuxedo.

Also, know the marital relationship of the anchor, Kelly Cobiella.

Since the wedding day, Melissa and her husband Wray have shared a healthy bond as perfect marital partners. This married duo has already celebrated 23rd wedding anniversary, and the bond is still strong.

From the marital union, Melissa and Wray shared three adorable kids. They became parents for the first time in 2007, welcoming a son, Thompson Thorn. Similarly, they welcomed their second son Greyson Thorn in April 2010. Likewise, they have their third kid, a daughter, Gemma Thorn.

As of now, Melissa and Wray are jointly parenting their sons and daughter. The Thorn family of five is living merrily in Manhattan, New York. Thompson, 15, his brother Greyson, 12, and sister Gemma also gain wide media attraction as celebrity kids. Similarly, they also feature on the post updated by Melissa on her social networking sites.