Gabby Windey’s full name Gabriela Windey is an American television personality, nurse, and cheerleader. She is mostly known for participating as a contestant in the reality dating show The Bachelor of 2022. Before appearing on the show she used to work as a professional ICU nurse. 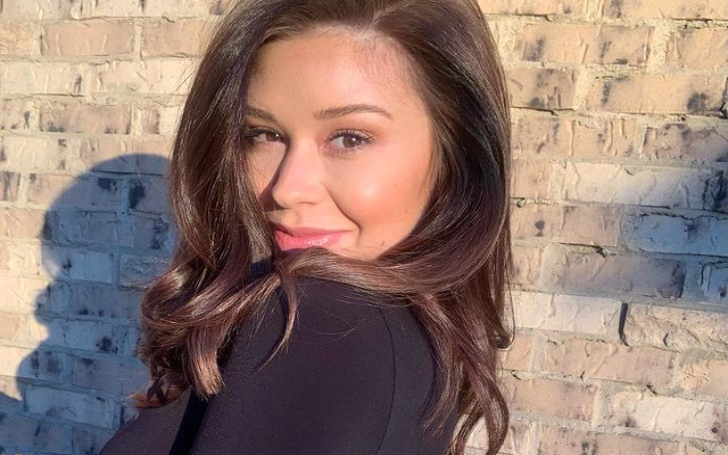 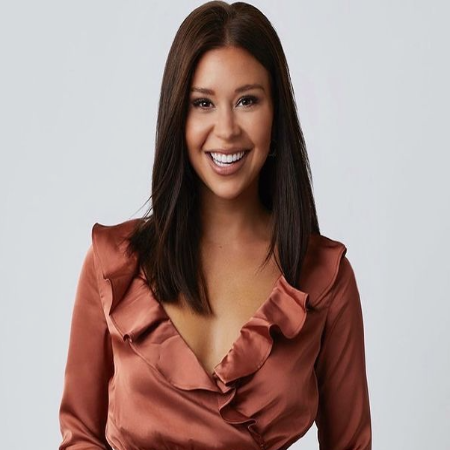 Gabriela Windey, popular as Gabby Windey, is an American television personality, nurse, and cheerleader. Gabby was born on January 2, 1991, in Denver, Colorado. She is the daughter of father Patrick Windey from Colorado Springs and mother Rosemary Hewitt from EL Paso.

Gabby was born and brought up in the Mile High City of Denver, Colorado. She also has one elder sister named Jazz Windey. At the same time, her sister is a mother of three kids and works at Hughes Group LLC. However, Gabby’s parents, Patrick and Rosemary, got separated in 2021.

She did her schooling at O’Fallon Township High School, talking about Gabby’s academics. When in her school life, she was the sports editor in the school paper and also won the title of Miss O’Fallon in 2008. Later, Windey did her graduation from UC Colorado Springs Nursing School in the year 2013.

Talking about her personal life, once she was in a relationship with Dean Unglert. She dated him for more than a year when in college at 19. Later after breaking up with Dean, she again got into relation with Blake Horstmann. Dean and Blake both are former Bachelorette.

Currently, Gabby is single and not dating anyone. As per her Bachelor bio, She is looking for someone known for her wit and sense of humor. Personality is everything to her. Her ideal man will challenge her, communicate his feelings and work hard to carry the weight of the relationship equally.

Gabby’s profession as a Nurse

Windy is a television personality, and Besides that, she is also a professional ICU nurse at the UCHealth University of Colorado Hospital. She worked there almost for seven years as a registered nurse in the Medical ICU ward. She was also a cheerleader for NFL’s Denver Broncos for five years.

When the pandemic was at its peak in the year 2020, her consistency in work was admirable. She resumed her job as a nurse without taking any leaves. She was also awarded Pop Warner Humanitarian Award for her service on the frontline of the pandemic. Also, read about the Bachelor season 25 contestant Anna Redman.

Season 26 of Bachelor was the most dramatic, not just drama but also very emotional. This season, Bachelor Clayton Echard fell for three different women in the final. Gabby was also one of them. Clayton announced that he was intimate and in love with each of them.

But in the end, pursuing Echard ended up updating a relationship with Susie Evans and broke up with two final women, Gabby and Rachel Recchia. Although, Gabby won the hearts of the Bachelor nation for her strength and smartness despite the heavy emotions.

Gabby is one of the most famous personalities in the television industry. Also, she is a registered nurse at the UCHealth University of Colorado. After her popularity and her charming personality on the American dating reality show Bachelor, it is reported that Gabby Windey is officially ABC’s Next Bachelorette.

As per Wikipedia, Forbes, and our analysis, the gorgeous cheerleader holds a reasonable net worth of $1.1 million in lump sump. Grabby Windey’s income source is quite diversified. Her income source is primarily from the health sector, and she is a successful television personality.

Gabby is also popular on Social sites. She has a huge fan following on her official social accounts, including Twitter and Instagram. After appearing in the American dating reality show Bachelor, she has been able to gain numerous fans for lowings. She has an Instagram account @gabby.windey with more than 435K followers and 2 3 posts. While on Twitter @GabrielaWindey with 424 followers.