Geronimo Rulli, also known as Gero Rulli, is a famous Argentine Association Football Player. He plays as a standout goalkeeper for Spanish club Villarreal and Argentina national team. He is married to his wife, Rocio Esposito Suarez, and has an eight-month-old son named Luca. His Net Worth is about $1 million – $5 million. 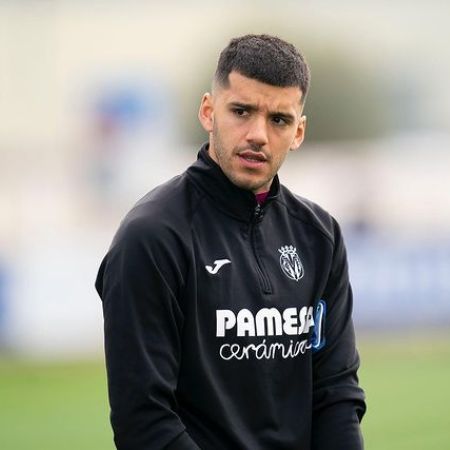 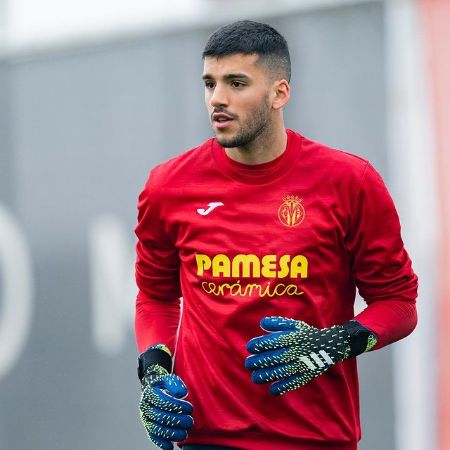 Let’s know about his relationship, net worth and career about Geronimo Rulli.

The 29-year-old soccer player is happily married to his long-term partner Rocio Esposito Suarez. The couple started dating in their early 20s, and they have been together since then. They dated each other for four long years before tying the knot. Their wedding took place in Argentina in December 2018. They had a lavish wedding ceremony.

Gero’s wife, Rocio Esposito, is a make-up artist and a nutrition expert. She is also known for being the wife of the Villarreal goalkeeper Geronimo Rulli.

Net Worth of Geronimo Rulli

Rulli is an Argentina professional football player currently playing in Villarreal’s Spanish club. He is a very successful footballer, and his major source of earnings is from his football career. He is one of the Richest Association Football Players. As of 2022, his net worth is $1 million – $5 million. He receives £2 million as a yearly salary from his current club.

In July 2016, he was signed by Premier League side Manchester City for £4 million. In September 2020, after his loan ended with Montpellier, he signed a four-year deal with Villarreal for the transfer fee of €5 million. With all these earnings, he is living a luxurious lifestyle.

The Early Life of Geronimo Rulli

Rulli was born on 20 May 1992. His birthplace is La Plata, Buenos Aires, Argentina. As per his birth date, his zodiac sign is Taurus. His father’s name is Omar Rulli; likewise, his mother’s name is Adriana Gracia.

Not only in the Villarreal club, but he has also played for many other clubs like Estudiantes, Deportivo Maldonado and Manchester City. He started playing football for the youth team of Estudiantes in 2009 and began his career.

After progressing through the youth ranks at Estudiantes, he was promoted to the first-team squad in 2012. He made his professional debut on 9 April 2013 in a 1-0 loss against Arsenal Sarandi.

He has represented Argentina. At various age levels like U23 and senior level. He made his senior-level international team debut for Argentina on 8 September 2018, in a 3-0 win against Guatemala.