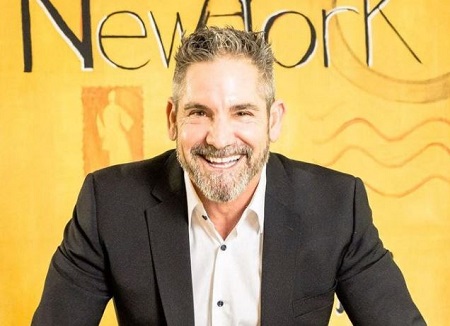 “Success Is Your Duty, Obligation, Responsibility,“ a well-said statement by Grant Cardone. Nowadays, we focus on progress and success for our better future. Today we are talking about one of those successful personalities, Grant Cardone, who runs multiple large investment companies.

Cardone has set an example of what a successful, hardworking entrepreneur looks like. He says Commitment and Investing In Yourself are key for Personal Success. From his successful professional life, undoubtedly, Grant has gathered an impressive fortune. So, how much is the actual net worth he enjoys? Know it in the following sections.

The 63-years-old Grant is the founder of Cardone Capital. The real estate company is located in Aventura, Florida. The company “acquires and manages real estate properties with a focus on both near-term income generation and long-term value creation.”

Grant not only runs a multi-million company, but he also shares his ideas, delivers a motivational speech.

The McNeese State University alum Grant is one of the New York Times best-selling authors. Cardone is the author of the best-selling book ‘The 10X Rule: The Only Difference Between Success and Failure.’ He published this book on April 26, 2011.

The book shows the faith of Massive Action. “The 10 X Rule, is that level of action that guarantees companies and individuals realize their goals and dreams.” The book’s Kindle Edition is $15, and its Hardcover price is $17.01 at Amazon.

Grant is also an active social media user and popular all over the social networking platforms. Cardone has more than 3 million followers on his official Instagram account. Similarly, he has amassed 6.7 million and 528 thousand followers on his Twitter and Facebook accounts, respectively.

Likewise, Grant also runs an educational (business-related) YouTube channel (@Grant Cardone). The channel has around 1.85 million subscribers as of December 1, 2021. He is also earning from it. As per social blade, the channel earns $3.7 thousand  –  $58.5 thousand per month and $43.9 thousand –  $702.1 thousand per annum.

Net Worth In Total

As mentioned above, there is no doubt; the 6-feet tall entrepreneur Grant is earning a jaw-dropping amount from his financially successful business ventures. As of 2021, Cardone owns an estimated net worth of $500 million. He now lives a luxurious lifestyle with his wife Elena Lyons, whom he has been married to since 2004. They also have daughters Sabrina Cardone and Scarlett Cardone.

Grant recently purchased a mansion for $28 million from a fashion designer Tommy Hilfiger. The oceanfront Golden Beach estate, built-in 2007 and Tommy paid $17.3 million for the property in 2013, is now sold to Cardone. The villa features an architectural pattern ceiling, sculptors, well-established six bedrooms, a beachfront pool, and others.