Skip to content
Home » Entertainment » How Much Myles O’neal Net Worth? Know about the 24 Years Millionaire Sources of Income

How Much Myles O’neal Net Worth? Know about the 24 Years Millionaire Sources of Income 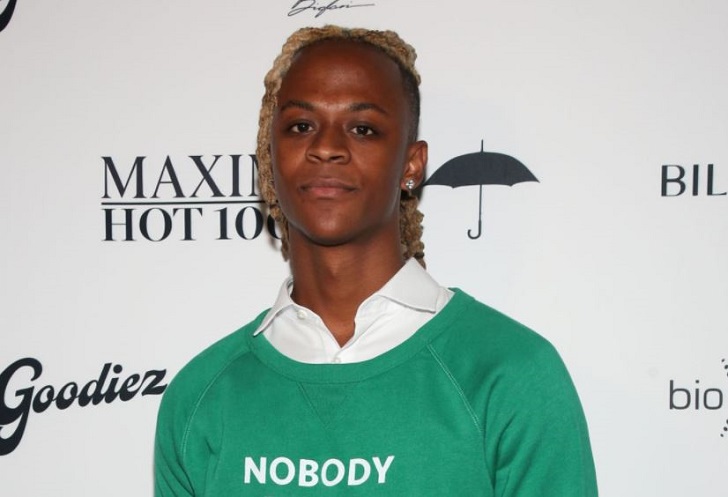 Instead of following his father’s footsteps, Myles O’Neal has made his involvement in fashion. The model Myles is the half-son of the former national basketball player Shaquille O’Neal. Myles is the biological son of the TV personality Shaunie O’Neal and her former mysterious partner.

Myles is working hard and creating his success path himself. O’Neal is also earning an impressive sum of wealth from the runways and other modeling contracts. Now, let’s check out Myle’s total net worth and earning sources in the following sections.

The 24-years-old Myles’ primary source of earning is from his modeling deals with fashion houses, shows and brands. O’Neal’s made his runway debut walking for the fashion company Dolce & Gabbana‘s Spring 2018 Collection.

Similarly, Myles walked at New York Fashion Week, appearing for Descendant of Thieves. Likewise, he has featured in Under Armour‘s commercial advertisement. Furthermore, Myles has made endorsement deals with brands such as Givenchy, H&M, Michael Kors, etc.

Also, he has been featured on the cover of MMScene Magazine. Myles signs a contract for his first global campaign with Coach for their new Disney Mickey Mouse x Keith Haring collection.

Approximate Net Worth Of $1 Million

Myles’s 6-feet-3-inch (191 cm) tall has not revealed the exact net value he enjoys. But, as per estimation, he has a net worth of $1 million. O’Neal is a self-made millionaire who gained this whopping sum of wealth from his thriving modeling career.

As per Glassdoor, the average salary of a fashion model is $72,247. Promoting brands, Myles is not only gathering impressive wealth, but he is also receiving vast media attraction and fans. O’Neal has more than 200 thousand followers on his verified Instagram account.

Besides modeling, O’Neal also collects from his TV appearance. Myles, who studied acting at Santa Monica College, has appeared in TV shows such as The Hills: New Beginnings, Basketball Wives, Shaq Life, etc. Myles recently joined as the cast member of Relatively Famous: Ranch Rules season 1. The show features celebrity children and their lifestyle and working on the ranch.