Skip to content
Home » Entertainment » Is WSOC’s Elsa Gillis Married? Facts You Should Know About Her

Is WSOC’s Elsa Gillis Married? Facts You Should Know About Her 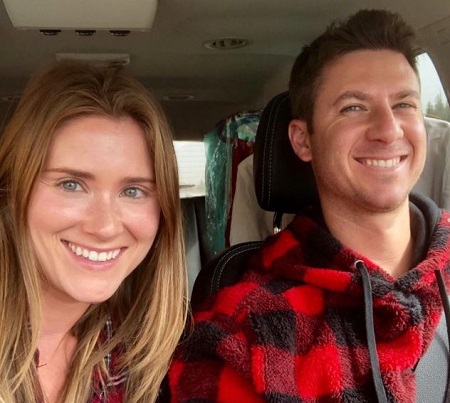 The journalists have made us easier to understand what’s happening all over or outside the country. They play a significant role in providing accurate information and news. Among various others, Elsa Gillis is also the one. Elsa is a reporter for WSOC-TV, ABC/Telemundo-affiliated television station (Channel 9) in Charlotte, North Carolina.

The news personality Gillis has earned both prominence and property from her professional journalism career. But what about her personal life? Is Gillis a married woman, or is she dating someone at the moment? Know about it in the following sections.

The newswoman Elsa is a happily married woman. Gillis is in a marital relationship with her husband, Jeremy Feldman, whom she found during her university years. Elsa’s spouse Jeremy is an account manager at information technology and services company ROVE. Feldman previously served as a Head Men’s Tennis Coach for the University of North Carolina at Charlotte.

Elsa and Jeremy discovered their love while attending Cornell University. From the university, Elsa earned a B. A degree in American Studies, and Jeremy received B. A degree in Economics. The couple began their affair in 2007.

Following several years of dating, Elsa and his beloved partner Jeremy decided to exchange the wedding vows. In an intimate ceremony held between family members, relatives and close ones, they tied the knot. Gillis and Feldman said “I do” on June 25, 2016.

On the big day, the reporter bride wore a floor-length, fitted strapless wedding gown. On the other hand, the groom dashes the look wearing a white shirt, white coat, black pants and a black bow tie.

Since the wedding day, the husband-wife duo is sharing a healthy bond as a perfect pair. As of 2021, they are celebrating their 5th marriage anniversary. The married pair visits many exotic places together. Elsa also never misses a chance to share adorable pictures with Jeremy on her Instagram, Facebook accounts.

Elsa and Jeremy have not shared any kids. But, they are dog parents. They have a pet dog named Boomer, a Brussels Griffon breed. She also never misses posting snaps of her on her social sites.

Elsa is one of the hardworking and talented news reporters. Having a great passion for working as a journalist, before completing education, she interned at News 12 Connecticut from June 2008 to August 2008. Later, she interned at MSNBC for 3 months.

The Newtown, Connecticut native Elsa worked from August 2011 to November 2013 as an anchor, producer for WUTR/WFXV/WPNY, an ABC-affiliated television station. Then she worked as an investigative reporter and anchor at KTBS/KPXJ from November 2013 to November 2015.

Since November 2015, Elsa Gillis has been working as a reporter, fill-in-anchor for WSOC-TV Eyewitness Team. She also hosts Your 704.