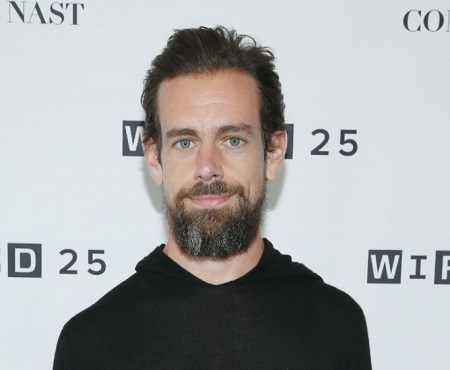 The whole world is based on technology and innovation. Among various innovators, Jack Patrick Dorsey, aka Jack Dorsey, is also the one. He is a co-founder of the widely used social networking site, Twitter. The 2012 Innovator of the Year for Technology-winning technological entrepreneur Dorsey is also a CEO and co-founder of the financial services company Square.

On September 29, 2021, Jack declared his exit from the role of Twitter’s CEO position. The new Chief Executive Officer (CEO) of Twitter is Parag Agrawal, a technological executive.

Almost everyone is aware of Jack’s successful professional life. But few know about his love life. His changing relationship with several women creates confusion about he is dating someone or lives a single life at the moment. Know about Jack Dorsey’s present and past love affairs in the following sections.

The 45-years-old Jack is not a married man. Dorsey has also not announced his present relationship status with the media. However, he is rumored to be dating a fashion and swimsuit model, Flora Carter. In June 2021, Dorsey and Carter were caught together by paparazzi walking around the South Beach in Miami, Florida.

Even though their dating rumor surfaced all over the internet, internet master Jack and model Flora choose to keep private their relationship status.

Despite the rumors, Jack’s present relationship status is unknown. It seems like he is focused on his professional works. Similarly, after several failed relationships, it seems like Jack is searching for the right person to start his love life.

As mentioned above, Jack has faced an on-and-off relationship. He was in a relationship with Kate Greer. Kate is from Iowa who runs a handmade popcorn business, Cherrie Lane. When and how Dorsey and Greer meet one another is unclear. But as per the report, they began their relationship in 2010.

However, their relationship did not last long; they broke up shortly after. But, Jack and Kate rekindled their relationship. After the reunion, the lovely couple began sharing a good bond. They attend public events together.

On April 29, 2014, the online businessperson, Jack and his then-girlfriend Kate attended the TIME 100 Gala in New York City. Everything was going fine; however, after a year-long romantic bonding, Greer and Dorsey decided to end their relationship.

In addition, Kate is now a mother of an adorable daughter Eva Simone Greer Fenton. Kate and her partner Peter Fenton welcomed their baby girl Eva on January 6, 2020.

It seems like the social media magnate Jack has a special fascination for models. After the separation with Kate, Dorsey’s relationship with sports illustrated model Raven Lynn Corneil became a headline for all media outlets.

Corneil and Dorsey went public regarding their relationship in September 2018 after being photographed together at the Harper’s Bazaar Icons bash. However, this love affair also did not last long. Just like the previous one, Jack concluded his relationship with model Raven in 2019.

It is also reported that Jack dated a model Lily Cole privately.