If you follow the American street racing show, ‘Street Outlaws,’ then you must be familiar with the show’s star, Justin Shearer, aka, “The Big Chief.” He is a famous street racer who rose to fame after running the show Street Outlaws. In 2017, Justin became involved in a major controversy for his closeness with drag racer Jackie Braasch while married his then-wife, Allicia Shearer. 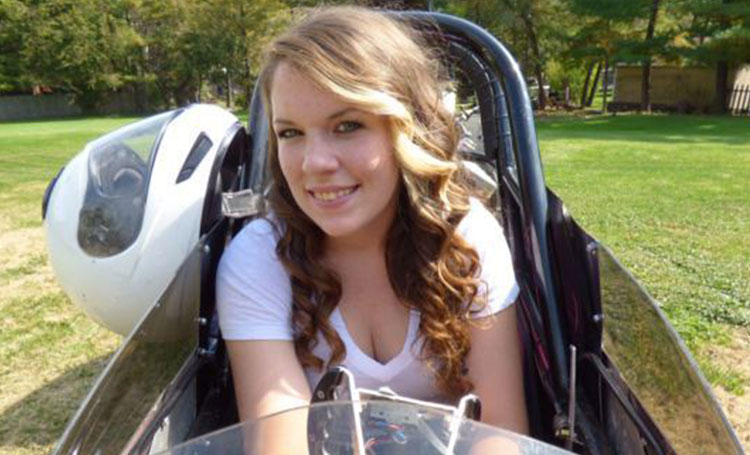 If you follow the American street racing show, ‘Street Outlaws,’ then you must be familiar with the show’s star, Justin Shearer, aka, “The Big Chief.” He is a famous street racer who rose to fame after running the show Street Outlaws. In 2017, Justin became involved in a major controversy for his closeness with drag racer Jackie Braasch while married his then-wife, Allicia Shearer.

Jackie Braasch was born on July 4, 1990, in Joliet, Illinois. Her father worked in motorsports from an early age. Jackie accompanied him in completing his ‘85 Chevy Camaro.’ At the age of 8, Jackie began competing in junior dragsters and has been racing ever since.

Having a deeper enthusiasm for motorsports, Jackie and her family never miss any chance to work on the race cars on the track.

Life As A Dragster

Jackie has been following her dream and has been encouraging other women to join the field of motorsports. She was a regular winner during the Junior Dragster Division. Also, Jackie used to compete in the hometown track of “Route 66 Raceway.”

At 17, she was upgraded to a full-size dragster at the age of 17. Likewise, Jackie was one of the top competitors in the 2014 Car Chix Women of Motorsports Contest, where she made it to the top 12 finalists out of 398 competitors.

Further, Braasch appeared in the 2015 Car Chix Calendar’s Ms. May. Jackie is an active participant in the SuperPro and Rocket Brand Fuel Bracket Series. She races an intense Spitzer Dragster with a 510ci Big Block Chevy, which has helped her win several championships.

Jackie is in a romantic relationship with a famous reality television star, Justin Shearer, who runs Street Outlaws on the Discovery channel. The couple is not married yet but has been dating since mid-2017.

The social media went crazy buzzing with the news about a love rumor between Big Chief Justin and Jackie in early 2017. When Justin announced his divorce from his then-wife, Allicia, fans lashed at Shearer and accused him of cheating on Allicia for Jackie.

However, Justin revealed that he never cheated on Allicia and was always faithful to her. After Justin went public about his relationship with Jackie, then the internet said negative things. Afterward, Justin, on his podcast, revealed:

“Well, now what happened at past is something I don’t have control over. But now I’m looking at my future, I have plans and Jackie is my future.”

Justin and Jackie are now living happily, and they often visit exotic places for vacation. The fans are eagerly waiting for the couple to announce their engagement.

Did Jackie Braasch’s Closeness To Justin Lead Him To His Divorce?

The reality tv star, Justin, was previously married to Allicia Shearer. He met her while working as a gas attendant at the age of 18. The pair dated for a few years and tied their wedding knot on December 29, 2006. Justin and Alicia have two sons named Covil and Corbin.

Their ten years of marriage were going perfectly until the news of their divorce shocked the fans. As per sources, Allicia filed for divorce in 2016 after discovering Justin and fellow drag racer Jackie’s relationship. However, Justin has always maintained his honesty and says that he never cheated on Alicia.

Coming from a motor-sports-loving family, Jackie has accumulated a huge amount of money to her net worth through her racing career. She has not officially revealed the salary she receives, but Jackie has a net worth of $500,000 as of 2019.

The Dragster is living a lavish life on her own. She is very much grateful to the Racing industry for giving her the platform to show her talent. Jackie shall be earning much more in the upcoming days as she has already achieved a lot at just 29.