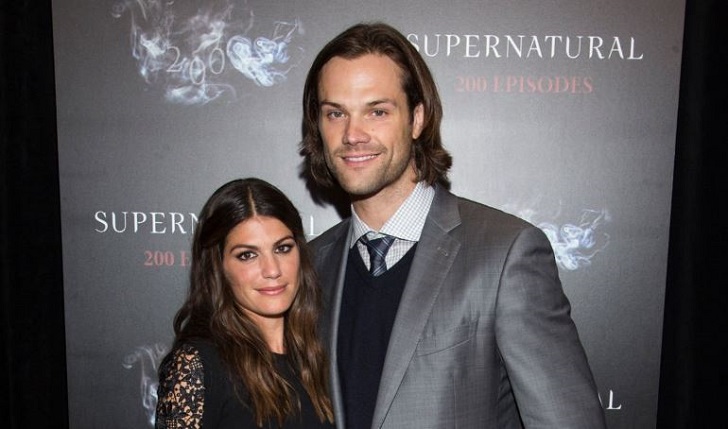 The Teen Choice Award-winning actor Jared Padalecki is best known for performing as Sam Winchester in The WB/CW dark fantasy drama series Supernatural. Padalecki has been a part of the Hollywood Film and TV series industry since 1999, having experience working in various successful movies and TV series.

Padalecki was born to Gerald Padaleck and Sherri Kammer Padalecki, on July 19, 1982. The native of San Antonio, Texas, Jared belongs of Polish descent from his father’s side and German, French, and English from his mother’s side. Jared attended the University of Texas. He has a brother named Jeff Padalecki, who is an orthopedic surgeon.

The actor undoubtedly collects enormous wealth from his successful two-decade-long acting career. Padalecki, who starred in the 300+ episodes of Supernatural, takes $125,000 per episode, as per celebrity net worth. Padalecki has a net worth of $14 million. Concerning Jared’s present relationship status, the actor is married to his wife Genevieve Cortese, aka Genevieve Padalecki. In the following sections, read about Jared and Genevieve’s love story.

Jare, 40, and the 41-years-old Genevieve are the Hollywood fan favorites real-life couple who met while sharing the screen for the superhit series Supernatural. Genevieve, also pursuing a career in the acting sector, played Ruby’s recurring and guest role in the series.

The actress who appeared in Flashforward, Kids in America, began sharing a friendship with Jared after the first encounter. It does not take long to change their friendly relationship into a romantic bonding. However, unlike other stars, Genevieve and Jared choose a private romantic life.

After several months of dating, the Christmas Cottage actor Jared proposed to Genevieve in October 2009. He popped the question with a diamond ring at New York’s Metropolitan Museum of Art in front of their favorite painting, ‘Joan of Arc.‘

However, Cortese and Padalceki announced their engagement after two months in January 2010.

Additionally, Jared and Genevieve’s other joint projects include Walker, where an actor can be seen portraying the main role of Cordell Walker, and an actress plays Emily Walker in the action crime drama.

Jared and Genevieve exchanged their wedding vows on February 27, 2020, in Genevieve’s hometown in Sun Valley, Idaho, in an outdoor snowy wedding ceremony. The bride and groom’s close ones are present at the destination wedding, and Kirsten Shultz handles photography.

Genevieve says, “Snow was falling all around, and it was so beautiful. It was really important to me to share my love of the mountains with Jared’s family. Plus, we both love the outdoors as well as winter sports and figured it was the perfect time to gather everyone together.”

Genevieve chooses a strapless Monique Lhuillier gown wearing a simple long veil for her big day. Jared decided to wore black suit pants with a white shirt and a white tie to walk down the wedding aisle.

Since that day, Mr. and Mrs. Padalecki have shared a healthy martial relationship as a perfect married duo. On February 27, 2020, sharing a picture from their wedding Genevieve wishes spouse Jared on their 10th anniversary, writing, “10 years ago today I said “I do.” The Snow started to fall and we sealed our fate. We’ve grown a million different ways and back over the last 10 years but we’ve always grown together. I’m so lucky it’s you. I’d do it all over again. Here’s to 100 more.”

From the marital relationship, Jared and his wife Genevieve welcomed three children. On October 10, 2011, the married pair announced the news that they were expecting their first child. Later, their son, Thomas Colton Padalecki, was born on March 19, 2012.

As of now, the 10-years-old Thomas Colton and his younger brother, Austin Shepard, 8, and sister Odette Elliott, 5, are living a healthy and wealthy lifestyle with their celebrity parents. The Padalecki siblings are also getting fame as star kids.

Keep On Visiting Favebites, For Further Updates On Your Favorite Hollywood Entertainer