Skip to content
Home » Entertainment » Jill Kargman and Harry Kargman Married in 2002: A Timeline of Their Relationship.

Jill Kargman and Harry Kargman Married in 2002: A Timeline of Their Relationship. 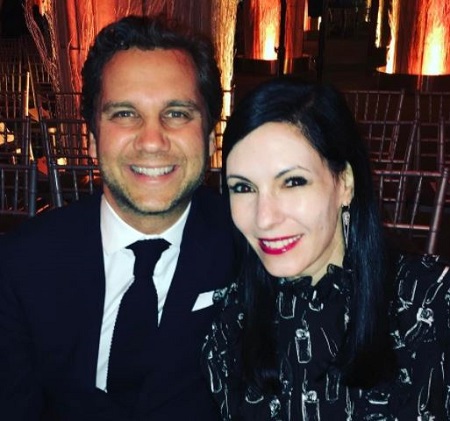 You might have read the books published by popular author Jill Kargman. The successful writer Kargman has released books such as The Rock Star in Seat 3A, Sprinkle Glitter on My Grave, and others.

Similarly, based on Jill’s 2007 book Momzillas, the TV sitcom is made under ‘Odd Mom Out‘ (2015). Jill herself has appeared as  Jill Weber in the Bravo comedy series. From the successful professional works, Jill undoubtedly receives fame. But, few of them discuss her marital life. Know about her wedding details in the following sections.

The 47 aged Jill Kopelman (daughter of Arie L. Kopelman) met her now-husband Harry Kargman on a blind date. Kopelman and Kargman’s grandmothers made the setup. Following a two-year-long meeting, Harry proposed to Jill.

Harry proposed to Jill at Wheatleigh’s hotel room with a dessert saying, “Will You Marry Me?” on it. Explaining his proposal, Jill said,

“We were hanging out, and apparently, he was going to ask me to marry him in this beautiful dining room. He was planning to do it there with dessert. But, I was like I am so cold, can we just go up to the room and order dessert up there? I am glad it worked out that way.

Adding up, “They sent up the dessert, and it said ‘Will you marry me?’ on it. I love chocolate, so it was written in chocolate. He was like ‘Here’s the dessert!,’ and I didn’t notice at first. And then he was smiling, and I started freaking out.”

Harry, a CEO of Kargo Global, Inc and The Right Adress author Jill tied the wedding knot on April 27, 2002, in New York. The couple walks down the aisle in an intimate and gothic wedding ceremony.

Jill and Harry’s family members, relatives, and close friends attended the wedding event. The bride, Jill, wore a simple full sleeve wedding dress. On the other side, the groom, Harry, chooses a black tuxedo with a black bow tie to exchange the vows.

Since the wedding day, Mr. and Mrs. Kargman have been sharing a healthy bond as perfect married partners. They are soon celebrating their 20th marriage anniversary.

Jill and her husband Mark are parents to their three adorable kids. They became parents for the first time in 2003 who shared a daughter, Sadie Kargman.

Similarly, their second daughter Ivy Kargman was born in June 2006. Likewise, Jill and Mark became parents for the third time in October 2007 by welcoming a son Fletcher Kargman.

As of now, the Kargman family of five is living a blissful life. The Kargaman siblings are also gathering fame as celebrity kids. Likewise, they can be seen on most of the posts updated by their parents on their official Instagram accounts.