Jodie Woods is one of the social media celebrities and fashion Influencers of today’s young generation . She is popularly known as the Young sister of  American Fashion Model and social media star. 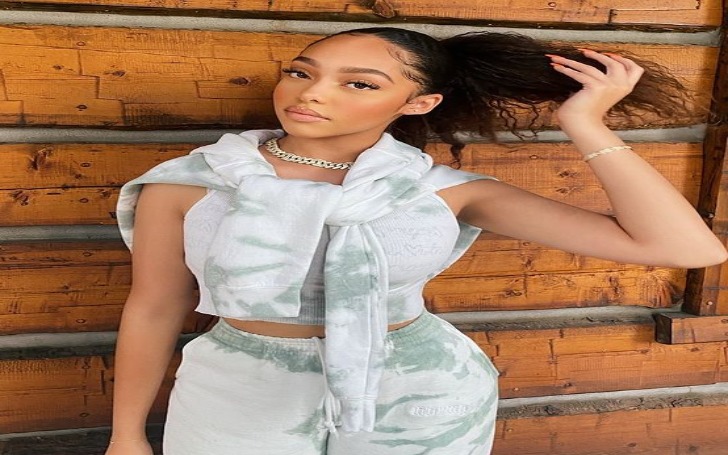 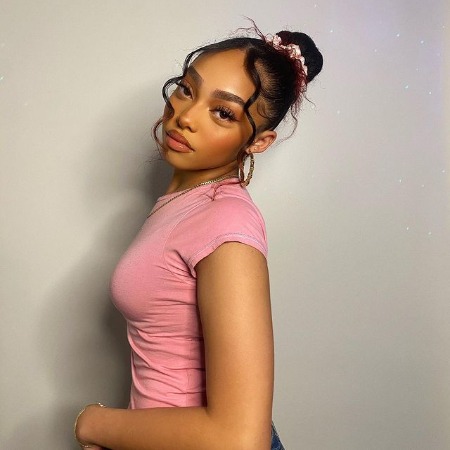 Jodie Woods is a famous American Instagram star. She has a large fan following on her Tiktok, and many teenagers look up to her to become a social media star. She is famous for posting her daily life and elegant photos on her Instagram handle.

The Early Life of Jodie Woods

The famous social media star was born in Los Angeles, California, on January 6, 2005. She is the daughter of Elizabeth Woods and John Woods. Moreover, she has two brothers John Woods III and Joshua woods. Her older sister is Jordyn Woods.

Unfortunately, Jodie faced a significant loss early because her father died of cancer on January 19, 2017. She was mentally and emotionally disturbed during that phase of her life.

She may be studying High School in Los Angeles, California. Her education qualification and schooling are still unknown and not revealed.

The social media influencer is single and not taken at the moment. In short, she is not interested in having a serious relationship. Jodie is more focused on her studies and career. The Instagram star may be dating someone privately, but her relationship status is single for now.

There were rumors a while ago claiming that she must be dating P Diddy’s Oldest son Qunicy assuming from an Instagram post shared by her Mother. Moreover, the Mother explained that Quincy is like her brother, and she is his little sister.

Her Mother made this clear by posting an Instagram story that explains, ‘Her daughter is innocent and the victim of rumors along with Quincy. The relationship between them is like a little sister and a big brother. She felt bad that her innocent daughter faced negative comments due to rumors.‘

Jodie started her professional career on the social media platform. She began posting pictures of herself on Instagram, and thanks to her sister’s stardom, she quickly gained thousands of followers. Moreover, she was usually seen on her sister’s Instagram posts, and people noticed her and started loving her on social media.

The Instagram star is growing much faster, thanks to her celebrity sister. She is famous for posting pictures with celebrities like Sam Wilkinson, Stassiebaby, Nathalie Paris, and Samuel Rauda during the VidCon 2016.

Furthermore, the social media celebrity is famous for posting her daily lifestyle and elegant, stylish pictures. A large number of followers became interested in her posts. Before 2019, their family was on good terms with the Jenner family. Kylie Jenner supported and helped her gain a massive fan following.

She faced hate and negative comments on Instagram posts in 2019 due to her sister’s scandal. There were rumors that Tristan Thompson cheated on Khloe Kardashian and had a relationship with her sister. This Incident caused conflict between her sister and ex-best friend Kylie Jenner.

Jodie is the brand ambassador for prettylittlething. In addition, she is working with the World Management Group. She is an entrepreneur having her clothing brand frvrunbothered. She has achieved this big success because of her dedication to her work.

The Gorgeous Woods is beautiful. Her fans love her captivating looks and physique. The wood’s physical appearance is impressive, having a height of 5ft 3 inches and a weight ranging from 50 kg. Her body measurement is 26-20-24, plus she has beautiful curly black hair and wide brown eyes.

How rich is Jodie Woods? Her Clothing Line

Her promotion of a clothing brand named prettylittlething as a brand ambassador is another source of money. The average earning of a social media influencer who has crossed 1 million followers is $5,000-10,000. The estimated net worth of this social media celebrity is almost $1,000,000.

The Instagram star is the daughter of Elizabeth Woods. She is a brand manager who manages Jodie’s brand dealing and all her stuff. She has maintained a good relationship with Smith Family. According to some sources, she owns a PR Agency.

In addition, she is the brand manager for the World Management Group, and her experience in marketing and brand dealing is her advantage because she has worked with many professionals sharpening her skills in that field.

Her sister is a famous Instagram celebrity and American model, also known for being an ex-best friend of Kylie Jenner. She is one of the popular social media influencers gaining 12.6 million followers on Instagram with the username @Jordynwoods, 455k subscribers on her Youtube channel, and 721.7k followers on her Twitter having a username @jordynwoods.

Furthermore, the famous American model rose to popularity on social media platforms like Instagram, which helped her to progress in the Modelling field. The modeling agent approached her if she was interested in modeling. Later on, she signed to Wilhelmina in 2015.

The American model debuted her first modeling runway at Lane Bryant and Christian Siriano Fashion Show In May 2016. During her modeling career, she modeled for Vogue and Mane Addicts too.

In addition, she stepped into an acting career, appearing on the famous reality television series Life of Kylie when they were on good terms. She is renowned for her role as Vanessa Mass in Trigger Movie and worked on many other projects.

The famous social Star bagged one YouTuber creator award in 2020. She was nominated for the Shorty awards in 2019.