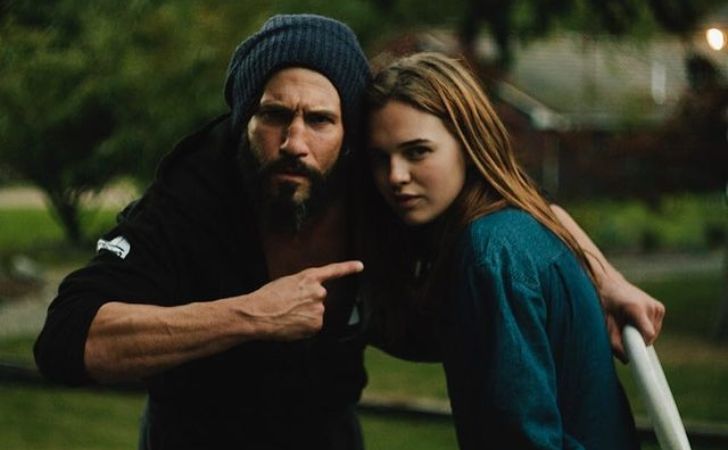 Jonathan Edward Bernthal is an American actor. He was beginning his career in the early 2000s. He became prominent for portraying Shane Walsh on the mega-popular series The Walking Dead (2010-2012; 2018), where he starred cast member in the first two seasons.

Jon Bernthal has gotten even more recognition after starring in the Marvel Cinematic Universe after getting the role in the second season of the Netflix action series Daredevil (2016). He even starred in the eponymous TV series from (2017-2019).

The Married Life of Jon Bernthal and his wife, Erin Angle

Jon Bernthal met Erin Angle at the Welcome house party thrown for him in 2000 after returning from Russia. They fell in love after the first meeting and began their romantic relationship.

During the relationship, Erin and John kept their personal life private. Unlike other celebrity couples, Bernthal and his then-girlfriend (now wife) Erin were silent about their romantic affairs.

The pair exchanged the wedding vows in a private ceremony on September 25, 2010. However, The outdoor wedding took place in Potomac, Maryland. Jon’s acting teacher Alma Becker took the duties of their marriage into her hands.

During their wedding, Erin Angle wore a strapless floor-length Wedding Gown with a short veil. On the other hand, Jon Bernthal chooses a black Tuxedo and a black tie for his big day.

Erin is absent from social media. But, Jon never misses a chance to share pictures of his beloved wife on his Instagram account. With love, he calls his wife Bird. Not only that, but Jon has also inked a tattoo writing Lil Bird on his left chest.

Jon Bernthal and Erin Angle: The Parents of Three

Jon and Erin have three children. The lovely couple became parents for the first time in August 2011. They welcomed their first baby boy and named their son Henry Bernthal.

Likewise, Their second son was born in January 2013, and the pair named him Billy Bernthal. However, their third child and only daughter Adeline Bernthal was born in February 2015.

The couple’s youngest daughter Adeline had a health issue. She went into a coma due to encephalitis, a brain inflammation. Adeline wakes up three days after a seizure. For the fast recovery of his daughter Adeline, He credited his wife. Now the 6-years-old Adeline lives a healthy life with her parents in Ojai, California.

Jon’s two sons are learning Jiu-Jitsu, a kind of Martial arts. And their father, Jon, never misses a chance to share it on his Instagram.

The Career and Net Worth of American actor Jon Bernthal

Jon started his acting career in 2002 in short films and TV series. He found success playing the role of Shane Walsh in Frank Darabont’s The Walking Dead. He was a regular on the show until he won Scream Award for Breakout Performance Male in 2011.

The American actor reunited with Frank Darabont. for the TNT series Mob City. Later on, In 2013, He had a supporting role in the crime drama film Snitch and the sports comedy film Grudge Match. Jon also played Martin Scorsese in the film The Wolf of Wall Street.

As of 2022, he has been in the HBO miniseries in Baltimore Police Department Sergeant Wayne Jenkins. We Own This City.

The American actor Jon Bernthal has an estimated net worth of $10 million. However, He collected a hefty income from his 19 years long acting career.

The 2013 superhit Wolf of Wall Street is an American biographical black comedy crime film directed by Martin Scorsese. The Filming took place in late 2012 in New York City and was shot mostly on film stock.

The Movie premiered in New York City on December 17, 2013. However, it was released in the United States on December 25, 2013, by Paramount Pictures.

The Movie was the first major American film released exclusively through digital distribution. The Movie grossed the box office of $392 million worldwide. The Movie’s budget was $100 million. It became Scorsese’s highest-grossing film.

Jon is a handsome-looking guy. The famous American actor stands at 5 feet 11 inches which equals 1.80m. He weighs about 84 kg and which equals 185 lbs. Whereas, He has got black hair and a pair of brown eyes.

Bernthal is active on his social media, especially on Instagram. He shares images of his family, wife, children, and pet dogs. You can find him on Instagram at @jonnybernthal. He has more than 3 million followers.

For more celebrity content, please do visit our official page, Favebites. If you have any queries about this particular article, please leave them in the comment section.