Karina Seabrook is the daughter of a famous VH1 reality personality, Karen Gravano, and her father, David Seabrook. Moreover, her grandfather is the infamous Sammy “The Bull” Gravano. Karina Seabrook is known for her appearance in the MTV reality show, Made in Staten Island. She made appearances in another reality show, Mob Wives of VH1. Not to forget, Karina is also famous for being the daughter of Karen Gravano and the granddaughter of disreputable Gangster Salvatore ‘Sammy The Bull’ Gravano.

Karina Seabrook was born on July 7, 1999, in Phoenix, AZ. She is the daughter of a famous VH1 reality personality, Karen Gravano, and her father, David Seabrook. Moreover, her grandfather is the infamous Sammy “The Bull” Gravano. Seabrook is of mixed heritage, and this stunning lady is of American descent.

Besides, Seabrook’s mother and father both have a history of crime. The social media star’s parents split up when she was ten years old. Seabrook missed most of his daughter’s childhood due to his prison sentence.

Karina resided with her father in Phoenix for about four years after David’s release, but later she returned to New York to be with her mother. When Seabrook went to Arizona to see her grandfather, she also went to see her father, with whom she wishes she had a better relationship.

The social media star’s father and mother met while partying with friends at New York City’s China Club. At that time, David noticed Karen at the club, so she was the one who made the first move.

After dating for a few years, the couple welcomed their first child, Karina. Later, they were engaged to be married at one point, but they were unable to match because Seabrook was arrested for their involvement in an ecstasy ring operation.

Because of David’s lengthy prison sentence, their marriage could not happen, so they reportedly ended their engagement when their daughter Karina was ten years old.

The heated arguments between Karina and her partner were regulars on the show. Paulie Fusco is a very short-tempered man and once even threw a drink at Karina!

But she is now free from toxic relationships and enjoying her single life.

The 22-years-old Seabrook is a model and a reality star; it is no surprise that her net worth is $500 thousand, similar to Lyne Renee and Rachael Crawford. However, seeing that she now plans to pursue a finance career, there’s a good chance her net worth might grow from here on out.

Also, she played in the American reality television series Families of the Mafia alongside Ramona Rizzo, Taylor O’Toole, and Boris Nayfeld. Besides, she is known for her fashion taste. She has worn clothing from high-end brands such as Prada and Gucci in her Instagram pictures.

Known for her fashion sense, she has donned clothes by prominent brands such as Prada and Gucci in her Instagram posts. Also, the gorgeous lady makes quite a reasonable sum of money from her Instagram account through sponsored posts and advertisements.

Karina enjoys keeping in touch with her devoted followers via her numerous social media platforms like a social media celebrity. Right now, you can find this lovely lady on Instagram. Her Instagram account currently has 176k followers.

Stay Tuned With Favebites For More Articles on Models and Instagram Stars. 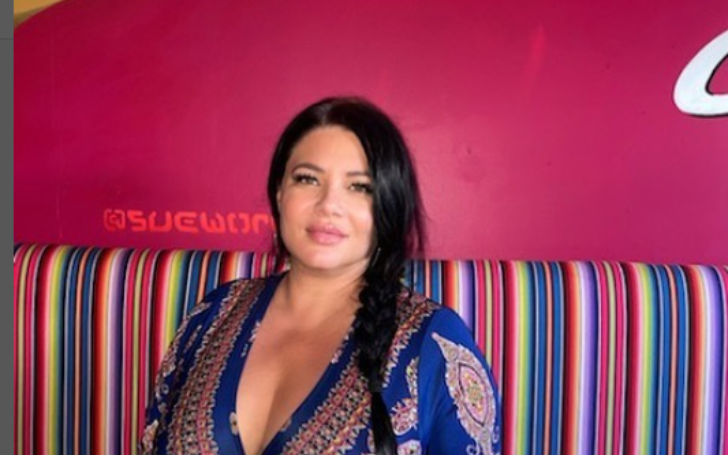