Karissa Klos is the Director of On-Air Operations at WeatherNation. She also worked as the Morning Meteorologist at KCAU-TV in Sioux City, Iowa and at WMBD-TV in Peoria, IL. 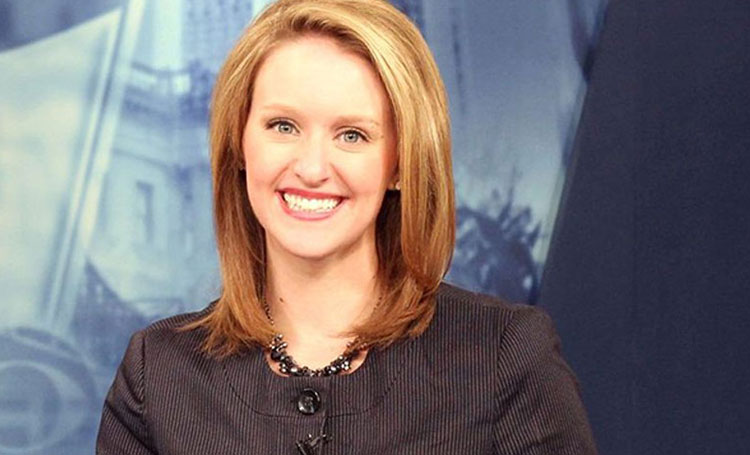 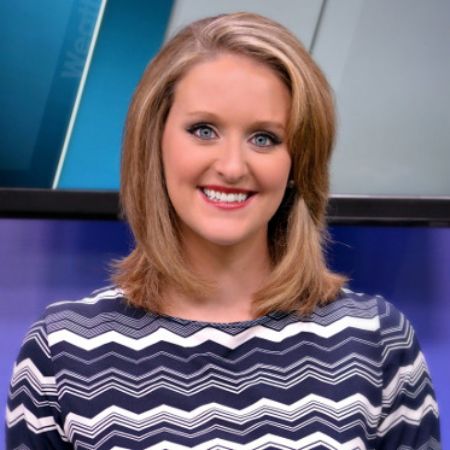 A member of a National Edward R. Murrow award-winning team Karissa Rea Klos is a multi-talented television Journalist. Since November 2019, she has been working as the director of On-Air Operations at WeatherNation. The 33-year-old Karissa was the finalist at the 2005 Illinois Broadcasters Association Silver Dome Award.

Karissa Klos was born Karissa Sanford on 1st June 1986, in Glen Ellyn, Illinois. Her father is a retired businessman and high school teacher of computer technology. Karissa had a deep interest in teaching before entering the field of media.

Klos completed her high school at Neuque Valley High School in 2004. She was also awarded Indian Prairie Scholar (3.95 GPA). Further, she completed her undergraduate degree from the College of DuPage Honors program as an Arts student with a 3.8 GPA.

After graduation, Karissa then went on to join the Clipper Exxpress as an Administrative Assistant. She learned about the societal impacts of weather on transportation and produce industries. She excelled in communication skills while working in the company.

Karissa As A Meteorologist

Unsatisfied with her job as an assistant, Klos quit the job after working for nearly three years. Then she interned with KMGH-TV ABC-7 for Weather Center. She gained experience in on-location stand-ups and shooting chroma-key.

While working as an intern, Karissa aided herself in forecasting and morning show preparation at 5 a.m and 6 a.m. Participating in community service and public relations, she completed her internship program.

Shortly after gaining knowledge about the work, Klos found the work in which she has a deep interest. Soon she started to create and present forecasts for morning and midday updates on KCAU-TV ABC- 9 in Sioux City, Iowa. Also read: Beatrice Schy

Karissa developed various skills such as live/on-location reporting, in-studio interviews, and winter weather coverage. Due to her hard work, the news association placed itself in the top 1 position. After working there for about four years, she was awarded the Regional Edward R. Murrow Award for Breaking News coverage of the November 17, 2013, Central Illinois tornado outbreak.

The self-proclaimed ‘TV Junkie‘ then joined Weather Nation in 2014. Additionally, Klos managed to be the finalist in Illinois Broadcasters Association Silver Dome Award for Best TV Weather-caster the very next year she joined Weather Nation. Since joining the office, she has been the show’s Morning/Noon Meteorologist and Co-Anchor.

Alongside being the weather reporter, Klos co-anchored the news portion of the program. Moreover, she improved her prompter reading skills, news story writing, and social media interaction with viewers. She excelled in interviewing multiple guests per show.

Who Is Karissa Klos’ Husband?

The meteorologist has enjoyed her married life with her husband, Michael Klos, for a long time. The pair exchanged their wedding vows in July 2014 in an intimate ceremony. The same year she began working for the Weather Nation. They went to Rome, Italy, for their Honeymoon.

Let’s know a little about Klos’ husband. Well, Micheal Klos is the co-founder of Ride or Dynasty. He is a programmer and remains busy with handling the sites. He does not prefer to share his life in public.

Klos and her spouse have spent five years of marital solidarity. To date, they aren’t involved in any controversies. The couple has two adorable kids named Charlotte and Carter. Their first baby daughter, Charlotte, was born in December 2015. Similarly, their second child and first son, Carter, was born in May 2018.

Despite being busy with their respective professions, the Klos couple balances their family life. Along with their kids, the pair visit different places on special occasions.

How Much is Karissa Klos’s Net Worth?

The director of on-air operations at WeatherNation, Mrs. Karissa Klos, has a decent net worth of $801,453 as of 2022. Since joining the station, Klos has been earning an annual salary of over $76,000. Karissa has covered many special events throughout her long professional career and was a part of the National Edward R. Murrow award-winning team.

Karissa might earn more in the coming days as she has diverse experience in journalism. Further, she has kept the details about her properties behind the curtains. Also, find the martial life of Fox News and WCNC-TV journalist Rachel Rollar.

This article aims to give an insight into meteorologist Karissa Klos. To know more about your favorite star, follow favebites.