Keala Scherzinger is a celebrity family member. Keala is the sister of American singer, actress Nicole Scherzinger. She is a married woman and she has three daughters, Lillie, Lexie and Ellie Leemon. 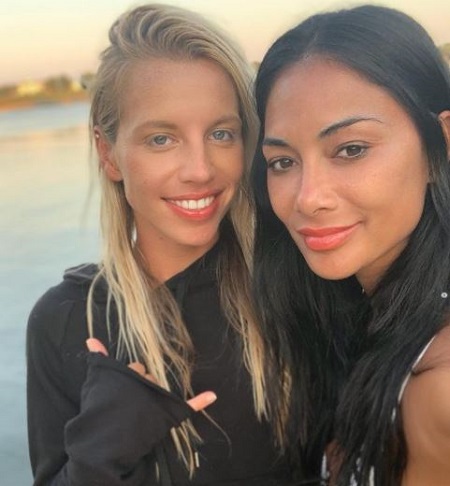 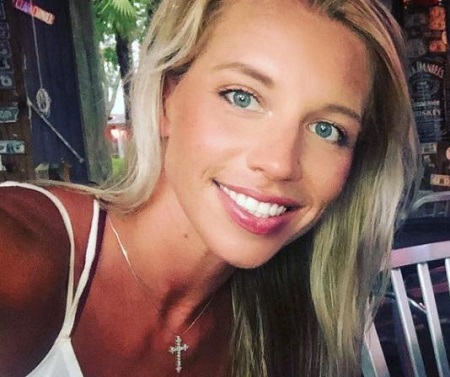 The celebrity family member gaining fame is not a new thing. Among others, Keala Scherzinger is also the one who is earning prominence as a celebrity relative. Scherzinger is the half-sister of American actress, singer, TV personality Nicole Scherzinger.

Keala is secretive regarding her professional life. In the following sections, know the detailed information regarding Keala’s personal life. Is the celebrity sister a married woman, or is she dating someone at the moment? Know about it.

Keala Scherzinger Is In A Blissful Marital Relationship

Nicole’s sister Keala is a happily married woman. She is in a loving marital relationship with her husband, whose surname is Leemon. But, her spouse’s information is missing. His name is also under the radar. However, Keala keeps sharing pictures with him on her official Instagram account.

As per Keala’s post, she and her husband have been together since 2004. After staying in a romantic relationship for several years, Keala walked down the aisle with her hubby in March 2009. The duo tied the knot in an intimate wedding ceremony in Honolulu.

On the wedding day, Keala wore a beaded strapless wedding gown. On the other hand, her husband exchanged the vows wearing a tuxedo. Since the wedding day, Mr. and Mrs. Leemon are sharing a good bond as perfect married partners.

Keala and her spouse are soon celebrating their 13th wedding anniversary. The married duo visits many exotic places, speeds their vacations together. They share a healthy bond without creating any rumors related to the separation. Also, Keala shares pictures with him.

The celebrity sister Keala and her spouse are parents to three adorable girls. They shared their firstborn daughter Lilliana Leemon, aka Lillie, in May 2008. Similarly, they shared their twin daughters Lexie Leemon and Ellie Leemon in December 2009.

As of now, Keala and her husband are jointly parenting their three beautiful daughters. The Leemon sisters are also very close to their auntie Nicole Scherzinger. Additionally, Keala never misses a chance to share amazing pictures with her daughters on her Instagram account, followed by more than 17 thousand people. Likewise, the Leemon family of five also has two bulldogs.

The primary reason behind Keala’s prominence is because of her star sister, Nicole Scherzinger. The 43 aged Nicole is a Teen Choice Award-winning actress. She has appeared in Chasing Papi, Men in Black 3, Moana, Annie Live! etc. Nicole is better known as a member of the R&B, the pop band The Pussycat Dolls.

The Pussycat DBolls has sold 60 million records. The band has released two studio albums; PCD and Doll Domination. The BMI Pop Awards-winning vocalist Nicole has released songs such as Don’t Hold Your Breath, Right There, Wet, Poison, and many others.

Although Keala and Nicole are half-sisters, they have good bonding. The Scherzinger spends their quality time together. They travel and also enjoy surfing. The singer also shares a friendly relationship with her nieces. She also shares pictures with them.

Additionally, Nicole is in a romantic relationship with former rugby player Thom Evans. Scherzinger and Evans began their romantic affair in January 2020. This lovely couple is now living a blissful life. Their romantic bonding can be seen in pictures on their respective Instagram accounts.

Net Worth Of Keala Scherzinger

As mentioned above, Keala is secretive regarding her profession. So the information regarding her net worth is also unclear. Keala might be doing some professional works, from which she might be earning an impressive sum of wealth. Her Instagram posts suggest she lives a wealthy life.

On the other hand, Keala’s celebrity sister Nicole owns a $14 million net worth. She earned this hefty sum of wealth from her professional singing and acting career. As per celebrity net worth, the 5-feet-4-inch tall Nicole earns a salary of $3 million per year.

The celebrity sister Keala celebrates her birthday in August of every year. Her exact birth year is missing. She was born in Honolulu, Hawaii. Keala is the daughter of Rosemary Elikolani Frederick (mother) and Gary Scherzinger (father). Her parents worked as a clerk and welders, respectively. Additionally, they have been married since 1983.

Concerning Nicole’s early life, she was born on June 29, 1978, to Rosemary Elikolani and her ex-husband Alfonso Valiente. Nicole’s father, Alfonso, left her and her mother when she was two years old. Later, Keala’s father, Gary adopted Nicole; she took his surname.