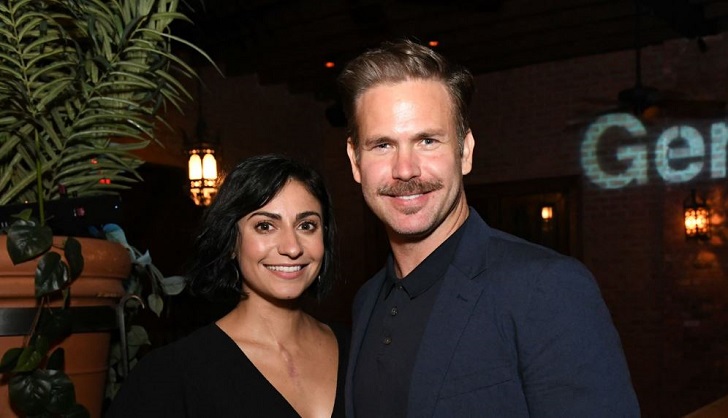 The actress was born in Lawrenceville, Georgia, on October 4, 1992. Besides, the details of her parents, siblings, and education are missing. The actress has a blissful marital relationship with her husband, Matthew Davis. Not only that, but Kiley also gathers fame for being a celebrity wife as her hubby Matthew is already a well-established actor in the Hollywood film industry.

The 29-years-old actress Kiley is a blissfully married woman. Her spouse Matthew Davis, aka Matt, has been in the limelight since 2001. Everyone loves his portrayal of Warner Huntington III in the comedy film Legally Blonde. The movie collected $141.8 million at its box office. Similarly, he played Joe McKinnon in the romantic war drama film Pearl Harbor, which made $449.2 million.

The Hollywood actress Casciano and Davis’ first meeting details are missing. But, before exchanging the vows, the couple dated for several months. The couple tied the wedding knot on December 23, 2018, at Albertson Wedding Chapel, in Los Angeles, California.

At the ceremony attended by Kiley and Matthew’s dearest ones, Kiley wore a simple knee-length white dress from Enze Apparel. She paired the dress wearing a golden-colored flat slipper. On the other side, Matthew was spotted in a casual dress, wearing a sweatshirt and green pants. The pair walked down the aisle 3 hours after their engagement.

The actor announced their wedding via Instagram, stating, “When you ask your lover if they want to get married while shopping in the produce section of Erewhon, and 3 hours later you’re married on Christmas Eve Eve.” But the post is unavailable as the actor has deleted all the uploads from his official Instagram account, which has more than 1 million followers. Their several wedding pictures are available in Kiley’s Instagram story highlights section.

On July 25, 2019, Kiley announced the news of her first pregnancy. Later, the Legacies actor Matt and his wife Kiley’s sweet baby girl Ripley Nightingale Davis was born on March 31, 2020.

The Vampire Diaries actor Matthew and Kiley are jointly parenting their two adorable daughters. Unlike other star kids, they have kept their girls far from the media attention. Even they have not revealed Ripley and Dorothy’s faces. Kiley only shares pictures of her baby’s back, hand, and feet on her official Instagram handle with more than 14 thousand followers.