Skip to content
Home » Entertainment » Livia Giuggioli: Everything You Need to Know About Her Wealth and Career.

Livia Giuggioli: Everything You Need to Know About Her Wealth and Career. 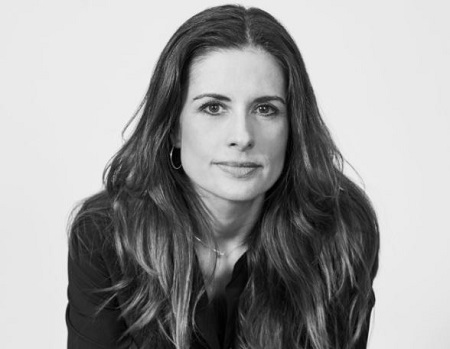 The Italian Livia Giuggioli is popular as an environmentalist, documentary film producer, and businesswoman. Besides the professional career, Giuggioli is also better known as the ex-wife of widely famous English actor Colin Andrew Firth, aka Colin Firth. Livia and Colin have worked as producers in the docu-series In Prison My Whole Life.

In the following sections, learn about Livia’s professional career and earnings. Also, know the detailed information about her and Colin’s marriage and the reason behind their separation.

Livia also runs an agricultural-based company called Quinto Sapore. The company cultivates products from organic and bio-dynamic farms. Quinto Sapore’s products “are grown exclusively with organic methods and applying the principles of biodynamic agriculture.” The company’s goal is the well-being of consumers, providing them with authentic, organic foods.

Some of Quinto Sapore products are Malmaturo (white wine from Trebbiano, Verdello and Malvasia grapes), ($56.58) Organic vegetables and fruits, Cream of Pumpkin and Truffle ($13.58), Pureed Green Tomatoes ($11.32), Organic Evo Oil ($13.58), among others.

Livia Giuggioli As A Producer

The University of Rome graduate, Livia, embarked on documentary-film production with the 2000 film A Dream of Sicily (Un sogno fatto in Sicilia). The popular British director Marc Evans directed the film. Not only as a producer but in the film, Livia also has writing credits.

In collaboration with her then-husband, Livia established a production home called ‘Nana Productions‘ in 2006. Livia produced her first documentary, In Prison My Whole Life, in 2007. The documentary film is about political activist and prisoner Mumia Abu-Jamal. The docu-film also received Grand Jury Prize at the Sundance Film Festival.

Similarly, Livia worked as an associate producer for the 2015 documentary The True Cost. Likewise, in the 2018 documentary film Ama, Giuggioli has worked as an associate producer. Lorna Tucker directs the documented movie, which focuses on women’s fight for the nation’s reproductive rights. Moreover, Livia has worked in the TV mini-series, Fashionscapes.

Livia is undoubtedly earning an impressive sum of wealth from her professional career. The multi-talented personality runs two different companies, from which she is earning a good wealth. Not only that, but Giuggoli has also worked as a producer in several docu-films.

As per the sources, the average salary of a documentary film producer ranges from $41,600 to $62,400. Besides, Livia also writes for VOGUE Magazine. Livia has not revealed the exact net worth she enjoys. However, as per estimation, she has a net value of around $1 million.‘

Additionally, Livia is also involved in philanthropic works. She is the co-founder of The Circle NGO. The main vision of the organization is “to achieve equality and safety for all women and girls.”

Livia is also earning fame as the former wife of the Hollywood personality Colin Firth. The Academy Award and other prestigious award-winning actors Firth have worked in various successful movies and TV shows. His movie credits include Pride and Prejudice, The English Patient, Shakespeare in Love, The King’s Speech, etc.

Livia and Colin first met at the set of the BBC drama series Nostromo in 1996. After the first encounter, Giuggioli and Firth shared a good bond and began their romantic affair. Following year, the duo exchanged wedding vows in 1997.

Livia shared two sons from the marital bond, Luca Firth (b. March 2001) and Matteo Firth (b. August 2003). Everything was going fine. Livia and Colin were parenting their kids jointly. However, in December 2019, they announced their separation. They had gone through a private separation several years prior, as per the reports. The actual reason behind the split is unclear. But it is revealed that Livia’s fling with her childhood friend, Marco Brancaccia leads her marital life to the end.