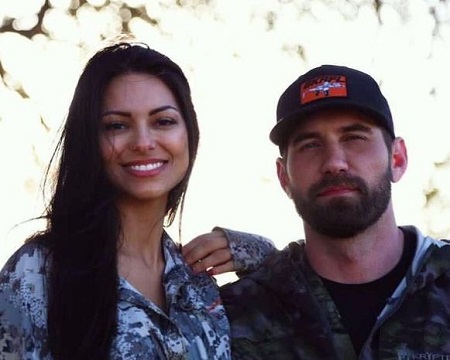 Among many internet personalities, Mat Best is also the one. Best is known for uploading comedic content on his YouTube and other social media platforms. Mat has 1.47 million subscribers on his official YouTube channel (MBest11x ). Similarly, he has amassed 1.8 million and 988 thousand followers on his Facebook and Instagram accounts.

Besides this, Mathew Alfred Best, aka Mat, is also an entrepreneur and author. Similarly, he also served as U.S Seargent from 2004 to 2008. He is gathering enough media attraction and, of course, fans-followers from his multiple professional works. He is enjoying his profession. But, what about his personal life? Is Mat’s marital life with his wife Noelle Best going well? Know about it.

How and when the Youtuber Mat met his now-wife, Noelle, is unclear. But, scrolling Noelle’s Instagram post, she has been sharing pictures with Best since September 2016. Her first Instagram photo with him reads, “Surround yourself with those who push you, challenge you, make you laugh, make you better, and make you happy. I couldn’t be more thankful for this man who does all of that and more. #sothankful #happythanskgiving.”

Later, on September 2, 2017, Noelle announced that she and Mat got married via Instagram. Sharing the photo of hugging him, she captioned the image, “I married my best friend. Best Decision Ever. #partnerincrime #couldnotbehappier.”

The detailed information regarding their wedding is lacking as the couple tied the wedding knot privately. However, Mr. and Mrs. Best now shares a healthy bond as a perfect married partner. Noelle can also be seen in his videos. Likewise, Mat and Noelle travel to many exotic places and share amazing pictures on their social sites.

Mat and his wife, Noelle, have not shared any kids yet. But, they are dog parents. They have two pet dogs named Brehmmy Best and Theo Best. Furthermore, these dogs also have a separate Instagram account (@wolfandhyena) followed by 4,264 people.

Mat As A Businessman

As mentioned above, Mat is also an entrepreneur who successfully runs two different businesses. In 2012, Mat and his friend Jarred Taylor (veteran) launched the clothing brand, Article 15 Clothing. The company produces and merch “humorous clothing for the military community.”

In 2016, in a partnership with apparel company Ranger Up, Mat and other veterans featured in the crowdfunded movie Ranger 15. Moreover, Article 15 Clothing has 163,641 followers on its official Facebook page. Similarly, he also owns Black Rifle Coffee Company (BRCC). He established the company in 2014 along with former armed forces Evan Hafer, Tom Davin, Richard Ryan, and Jarred Taylor.