Melissa Whitworth is the wife of Andrew Whitworth, a professional American football player of the LA Rams. She won the Miss Teen Louisiana pageant in 1998 and became Miss Louisiana in 2003. She even won the mirrored ball on the local edition of “Dancing with the Stars” in Cincinnati. 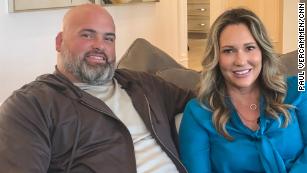 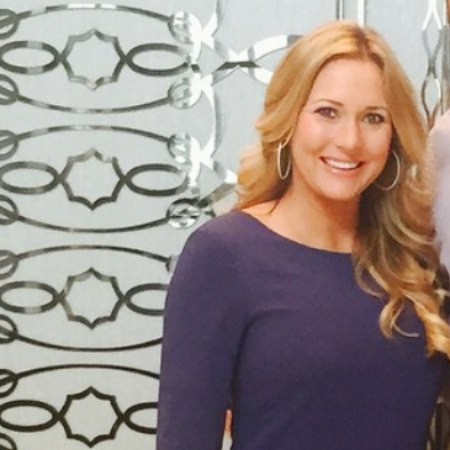 Better known as the wife of Andrew Whitworth, Melissa Whitworth is recognized for her award-winning journalism in the north Louisiana area and worked for NBC10/Fox14 New in the city of Monroe.

She also won the Miss Teen Louisiana pageant in 1998. Born in Louisiana, Melissa holds a Masters’s degree in Sociology and Industrial/Organizational Psychology.

She and her husband Andrew founded the Big Whit 77 Foundation in 2009.

Melissa Whitworth and her husband, Andrew Whitworth, shared wedding vows in 2006. Since then, the loving couple has been enjoying their relationship.

From their lovely relationship, the duo welcomed four children.

Melissa and her husband welcomed their twins, Sarah and Drew, in February 2011 and, after two years, the couple again became parents of their third child in 2013.

Similarly, Katherine, their daughter, was born in October of the same year.

Born on December 12, 1981, Andrew James Whitworth is an American football offensive tackle for the Los Angeles Rams of the NFL.

Whitworth signed a lucrative three-year contract with the Los Angeles Rams on March 9, 2017. Again, on April 1, 2020, Whitworth announced a deal with the Rams.

At the 11th Annual NFL Honors, Whitworth was named the Walter Payton NFL Man of the Year for 2021. Whitworth won his first Super Bowl on February 13, 2022, when the Rams overcame the Bengals 23-20 in Super Bowl LVI.

Being a journalist, Andrew might collect a decent amount of money. However, her net worth remains unknown, but her husband’s wealth is $47 million.

In 2015, he signed a $9 million contract valid into 2016. The contract contained a $2 million signing bonus, a $9 million yearly salary, and $3 million in total guarantees.

Melissa Whitworth was born in Louisiana. She also has a master’s degree in sociology and industrial/organizational psychology from Louisiana Tech.

As a journalist, she worked for NBC10/Fox14 News in Monroe.

Moreover, she won the Miss Teen Louisiana pageant in 1998 and competed in the National Sweetheart Pageant for two years before becoming Miss Louisiana in 2003.

Likewise, in 2016, she even won the mirrored ball on the local edition of “Dancing with the Stars” in Cincinnati.

Besides, Melissa is best known for the charity work she does. The couple founded the Big Whit 77 Foundation in 2009. It helps raise money for helpless families.