Nazanin Boniadi is a British Actress who has played in numerous movies and TV series. Nazanin is also an activist and ambassador of AMNESTY INTERNATIONAL UK. She believes in the power of words and supports women to dream big. 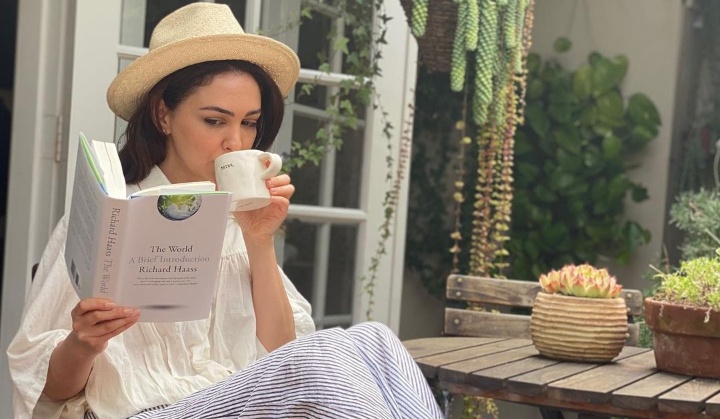 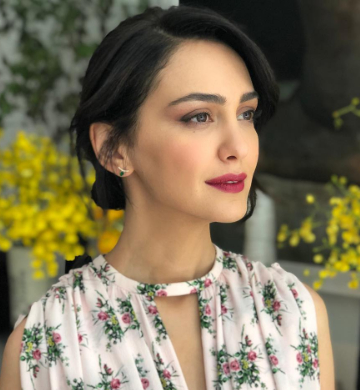 Nazanin Boniadi is a British actress and activist born on 22 May 1980. She was born in Tehran, Iran but raised in London, United Kingdom. Though Naz was born in Iran, She is a United Kingdom citizen. Nazanin describes her occupation as an Actor in her official Instagram bio.

She is also Amnesty International UK‘s Ambassador since 2008. Boniadi was also in the MCU’s Iron Man (2008) As Amira Ahmed, whose role was to report Ten Rings attacks in Gulmira.

Nazanin was born in Iran during the Iranian Revolution, which lasted from 1978-1979, so Naz’s parents left the country and applied to be permanent citizens of the United Kingdom. So, Naz spent her childhood and teenage days in the UK.

When Naz Was Young was interested in violin and ballet, and she also took classes on them. She graduated from an independent school in Hampstead and got a bachelor’s degree with honors in biological sciences from the University of California, Irvine, at UC.

When Boniadi was in her student life at her university, she won Chang Pin-Chun Undergraduate Research Award for molecular research involving cancer treatment and heart transplant rejection. In 2009 when Nazanin was 29 years old, she decided to study a contemporary drama course at the Royal Academy of Dramatic Art in London.

Nazanin has been hardworking since 2006. However, her net worth is around $3 million, similar to Emma Mackey. As we know, she is still active in her work, so maybe in the upcoming days, we might see her net worth grow. Further, Nazanin plays a lead role in The Lord of the Rings: The Rings of power as the character ‘Bronwyn.’

Attractive-looking Nazanin also collaborates with some fashion Brand companies like Dolce & Gabbana, Giuseppe Zanotti, Christopher Kane, Schiaparelli, and many more. She covered Much of her wealth from her acting career and her paid partnership with Fashion Brand Companies.

Hard-working Naz changed her career path from science to acting in 2006. Her first role was as Simmi in the 2006 short film Kal: Yesterday & Tomorrow, directed by Freya Parekh. Since then, Nazanin has appeared in more than 50 movies and series. Naz is also best known for her role as Nora in one of the most beloved American Sitcom T.V series, How I Met Your Mother.

With Acting, The talented activist Nazanin is also a Writer, Producer, and soundtrack artist.

Naz is The writer and producer of the 2020 short documentary film Stateless. Nazanin Is also the soundtrack performer of an episode in How I Met Your Mother in 2011. Now Nazanin will star in one of the most awaited Fantasy series, ‘The Lord of the Rings: The Rings of Power ‘as Bronwyn.

Nazanin Zahara In Lord Of The Rings

Multi-Talented Naz will star in the series The Lord of the Rings: The Rings of Power and play alongside amazing actors like Benjamin Walker, Morfydd Clark, Joseph Mawle, and many more. Naz will be playing the role of Bronwyn. In the series, Bronwyn will be Theo’s mother and the village healer of Tirharad.

In An comic con interview with the fans, Naz asked why Bronwyn inspired her. She posted the clip on her Instagram, saying ‘Bronwyn in ‘LOTR’ was inspired by the brave women of my homeland Iran, who risk everything for a better tomorrow, and is dedicated to every woman on the frontlines of change.‘

Is Nazanin Single Or Married?

Gorgeous-looking Nazanin is currently single, according to her claims, but maybe she likes to keep her love life low from the public. Naz is now single, but there have been few reports claiming she had been in at least two relationships. Though it may or may not be accurate, Nazanin dated the most handsome and talented actor Tom Cruise from November 2004 to January 2005.

However, The reports were inaccurate, but their fans wanted them to be together. Likewise, both actors didn’t say anything regarding the rumors, but maybe in the future, we might get to know the accurate information behind their dating. Moreover, An actress is living her joyful life without dating anyone, and it seems like she is more obsessed with her work than being in a serious relationship.

The actress and ambassador of Amnesty International UK Nazanin is also an active Activist. The Actress is also actively working to bring political change to the world. Naz also says that she believes in the power of words. In 2014, Boniadi got nominated as a term member by the think tank Council on Foreign Relations.

Due to her excellent work, Program for Torture Victims awarded Boniadi their 2014 City of Second Chances Award. In 2018 Nazanin was selected by People Magazine for the ’25 Women Changing the World post.

Naz Adds, “I’m horrified by the brutal deportation and further victimization of #refugees in desperate need of security and peace. I proudly join my friends at @care4calais in their #StopRwanda campaign.” as captions.

Naz has a personal website, @nazaninboniadi, with access to her small bio and social media accounts. In IMDB, Nazanin Boniadi is also listed in IMDB’s top 500 (2022).