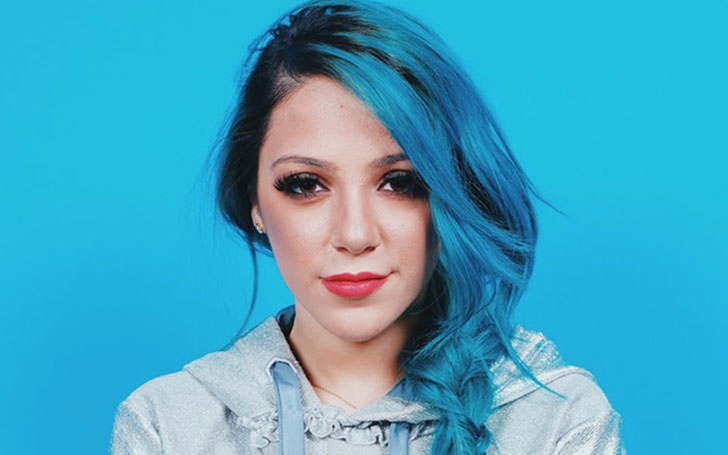 In Pennsylvania, the USA, the YouTuber and Instagram star Niki was born as Niki Teresa Demartino on May 5, 1995, to Nelida Garcia-Demartino (mother) and Jeffrey Demartino (father). Niki also has one youngest brother Anthony DeMartino (b. 1999).

The Demartino sisters (Alex, Gabriella, & Niki) are identified as talented and gorgeous social media stars. They run the famous YouTube channel. From which, the sisters are not only gathering prominence but are also earning an impressive sum of wealth.

Like Niki, her identical twin sister Gabriella, aka Gabi, has received 3 million subscribers on her YouTube channel ‘Fancy Vlogs By Gab.’ Besides, the twin sisters (Gabi and Niki) jointly run the successful channel, Niki and Gabi.

Apart from YouTube, sisters Gabriella and Niki have also launched fashionable accessories like Phone Cases, Hoodies, T-Shirts, Sweat Shirts, and many others. Their products are available in the online merch store Fanjoy where other social media star Addison Rae’s commodities are also available.

The 25-years-old hardworking and beautiful Niki is currently dating her beloved boyfriend, Nate West. Nate is also a YouTuber who shares drum covers on his official YouTube channel. West has also featured in his girlfriend, Niki’s YYouTubevideos.

How and when Nate and Niki met is still unclear. However, many sources claimed that the lovebirds began their romantic affair back in 2017. As of now, West and Demartino share a good bond as a perfect love partner.

They visit many exotic places together and never miss a chance to showcase romantic pictures on their official social accounts.

The social media star Niki has not revealed the exact net worth she enjoys. However, through the estimation, she has a net worth of around $1 million, which she has accumulated throughout her professional work as a YouTuber Vlogger.

Her hair color also identifies Niki. She once dyed her blue hair color, and her current hair color is orange.

The primary source of income for Niki is her active involvement in YouTube. Niki created her official YouTube channel (Niki Demar) on June 28, 2014. Since then, she has shared numerous videos and has earned both a good fortune and eminence.

Similarly, another YouTube channel, ‘Niki and Gabi, has more than 9 million subscribers. The channel makes $5 thousand – $79.4 thousand per month and $59.6 thousand – $952.8 thousand per annum.