Paulina Alexis, aka Young Eagle is a rising actress from Canada. The 20 aged Alexis has made her appearance in movies and TV series such as Ghostbusters: Afterlife, Beans and Reservation Dogs. Paulina is the sister of an actor Nathan Alexis. A of early 2022, Paulina has an estimated net worth of $200 thousand. 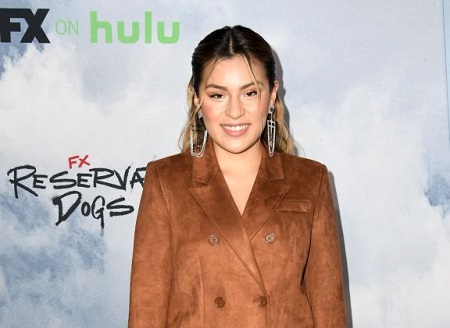 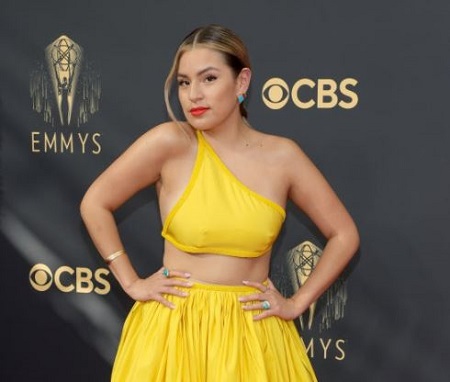 Paulina Alexis is an arising Canadian actress. Alexis’ prominence rises to fame after playing the role of Willie Jack in Hulu’s teen comedy-drama series Reservation Dogs. Paulina has made her appearance in a few films and TV series. But, her incredible acting skills are being loved by everyone.

Most of Paulina’s fans are known about her professional life. But, what about her personal life? Is Alexis dating someone, or is she living a single life? Know the detailed information regarding her love life in the following sections.

The 20-years-old Reservation Dogs actress Paulina is quite secretive regarding her personal life. She has not mentioned whether she is in a romantic relationship with someone or is living a single life. The girl has also not shared any romantic pictures on her official Instagram account. Additionally, Paulina has more than 70 thousand followers on her Instagram account.

It seems like Alexis currently lives a single life without having any romantic affairs. Currently, Paulina is working hard to pursue a better career in the acting field. She is focusing more on her profession rather than involving in any affairs.

Likewise, Paulina shares a good bond with her cast members, and she also uploads pictures on her social sites. On April 28, 2021, Alexis shared an image with Reservation Dogs crew members, captioning, “Feels like I’m working with my relatives. #reservationdogs.”

Having a keen interest in acting, Paulina entered the film industry in 2020 to achieve popularity and a successful career. Many artists receive a chance to feature in series and films after years of hard work and dedication. But, Paulina is fortunate in this case. She first got an opportunity to play her character in the drama film Beans (2020).

Afterward, Paulina’s biggest break came out in her early acting career after the release of Reservation Dogs. Her leading portrayal as Willie Jack in the series helped her gain massive media recognition. Being a cast of the successful series has also provided the opportunity for Alexis to feature in upcoming films and shows.

The teen-drama comedy series Reservation Dogs is directed by Sterlin Harjo and Taika Waititi. Taika has himself played the character in the series. Additionally, other actors and actresses of the series are Devery Jacobs, Lane Factor, D’Pharaoh Woon-A-Tai, and others.

Like personal life, Paulina is secretive regarding the exact net worth she enjoys. However, as of early 2022, she has an estimated net worth of $200 thousand. Alexis’s primary source of earning is from her appearance in films and series.

The 2021 Supernatural comedy film Ghostbusters: Afterlife collected $184.9 million in its box-office collection under $75 million. In the movie, Paulina plays the character of Bunny. From there, she might have earned an impressive sum of wealth.

More than earning a hefty sum of wealth, Paulina is also grabbing knowledge and learning acting as she is in her early acting stage.

The adorable actress was born Paulina Jewel Alexis on September 7, 2001, in Edmonton, Alberta, Canada. She is the daughter of a mother, Yvette Alexis, and her father, Nauzin Alexis. Paulina was raised at Alexis Nakota Sioux Nation. Similarly, Paulina graduated from the Native Catholic School.

Likewise, the Beans actress has two brothers, Logan Alexis Jr and Nathan Alexis. Her brother Nathan is also an actor. Nathan has made his appearance in The Invisibles, Journey Towards Reconciliation, and Indian Horse.