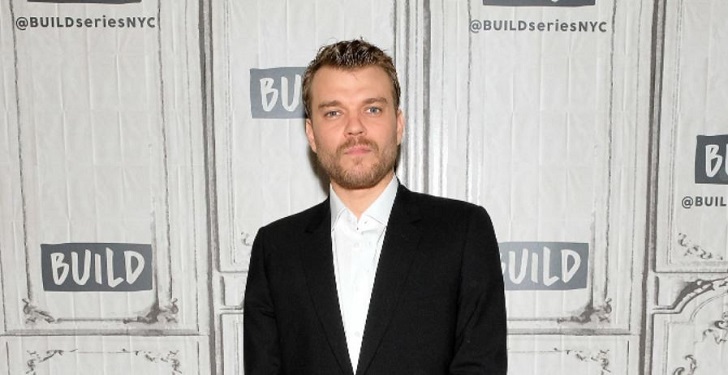 The Game of Thrones is one of the most popular fantasy drama series. Everyone has their favorite characters. But, here today, we will be discussing Pilou Asbaek. The Danish actor Pilou played Euron Greyjoy in the Game of Thrones.

The 6-feet-0-inch (183 cm) tall Pilou’s role as Kasper Juul in the political drama series Borgen is also appreciable. Furthermore, he is starring in the upcoming superhero film Aquaman and the Lost Kingdom. The decade-long acting career has helped Asbaek gain prominence and an impressive sum of wealth.

The Ghost in the Shell actor Pilou’s beloved wife Anna Bro is a Danish writer. The Copenhagen native Bro has worked as a writer in Carmen Curlers, The Children’s World, and To Venner. Pilou and Anna first met while attending the Danish National School of Performing Arts.

Have Been Married Since 2015

The Danish entertainment personalities Pilou and Anna tied the wedding knot in August 2015. Detailed information regarding their marriage is lacking as they walk down the aisle in a private ceremony and have not shared any wedding photos on their official Instagram accounts.

As of now, Mr. and Mrs. Asbaek are sharing a healthy intimate relationship as perfect married partners. The Danish Film Academy Award-winning actor Pilou also never misses a chance to share pictures with his spouse Anna on his official social sites.

Pilou and his wife Anna will soon celebrate their 7th wedding anniversary in August 2022. On August 12, 2020, Asabek shared a picture of Anna on his Instagram handle, captioning, “exactly five years ago today, I GOT MARRIED to this incredible human. #bestfriends #happiness #loveofmylife # #herestoamillionmoreyears.”

Pilou and Anna shared an adorable baby girl from the strong nuptial union. Their daughter Agnes Bro Asbaek was born on December 31, 2012, before the duo exchanged wedding vows. As of now, the nine-year-old Agnes is living blissful limelight with her celebrity father and mother. She is sometimes featured on the post updated by Pilou.