Sam Jay is one of America’s most prominent female comedians and writers. She grabs huge media attention after writing for Saturday Night Live from 2017 until now. Likewise, she also co-created and co-starred in the HBO comedy series, Pause with Sam Jay. 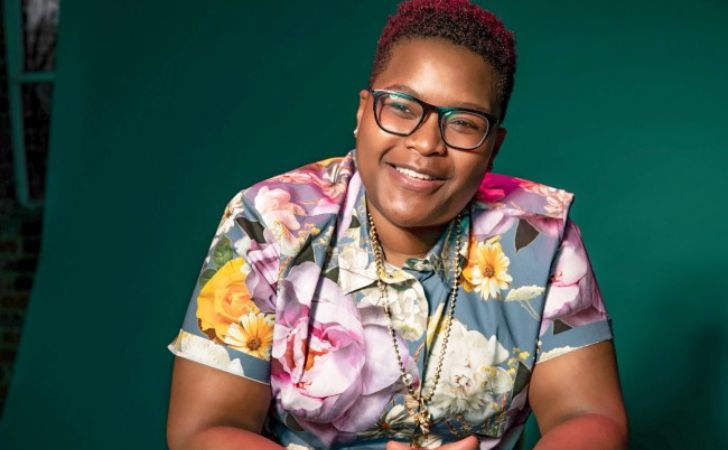 Sam Jay is one of America’s most prominent female comedians and writers. She grabs huge media attention after writing for Saturday Night Live from 2017 until now. Likewise, she also co-created and co-starred in the HBO comedy series, Pause with Sam Jay.

Jay also has her own Netflix comedy special, 3 in the Morning. Apart from her professional career, let’s know about her income and relationship.

Famous comedian Sam was born Samaria Johnson on 12 January 1982 in Atlanta, Georgia, The USA. However, she spent her childhood in Dorchester, Boston. As of 2022, her age is 40 years. Likewise, her zodiac sign is Capricorn. Further, she belongs to the Afro-American ethnicity and holds an American nationality.

Unfortunately, the information about her family background is still under the radar. Talking about her educational qualifications, she studied communications degree. However, she left studying in the middle because of a lack of interest.

Before getting into the comedy world, Sam was an office worker and a music manager. As a matter of fact, she had her first stand-up comedy at the age of 29 in 2012. She worked as a stand-up comedy until 2017 when she landed a job as the writing staff of Saturday Night Live.

Not to mention, she also became the first black lesbian writer in the show’s history and the second black lesbian with the show. Her first comedy sketch was “Black Jeopardy.” In 2018, she performed on Netflix’s The Comedy Lineup and also appeared in a half-hour stand-up special for Comedy Central Stand-Up Presents.

Moreover, she released her first stand-up comedy, Donna’s Daughter, in 2018. According to her fans, Jay is a good self-aware and observational comedian. Similarly, she is often compared to Patrice O’Neal. Let’s know about her Stand-ups, Film, and Television appearances.

In 2022, she appeared in the film, You People. Likewise, she has also appeared in 10+ Tv shows such as Just For Laughs, Get Your Life, Flophouse, Pinsky, Comedy Central Presents, and many more.

Sam is a great comedian as well as a writer by profession. Throughout her career, she has done great things in the comedy world and shared her comedies with people. Not to mention, awards such as Emmys and Writers Guild Award have been awarded for her outstanding works.

Sam Jay: 3 In The Morning

One of the reasons for Sam’s prominence is her Netflix Stand-up comedy special which is 3 in the Morning. The filming was done at The Masquerade in Atlanta in 2020. Well, the series is about his takes on relationships, travel nightmares, and the audacity of white people.

Does Sam Jay Have A Wife?

Before diving into her relationship, let’s clarify her sexuality. Well, she is a lesbian by sexuality. She has shared many laughs with her fans and people worldwide. But, no one can match her sense of humor more than her partner, Yanise Monet. Yes, she is currently in an on-and-off relationship with Yanise.

Yanise is an interior designer, and the duo has been in a relationship for over 15 years. In an interview with The People, she said she considers her a chosen family. Talking about their relationship, the lesbian duo first met through mutual friends in Atlanta at a club when their friend’s car broke down.

During their on and off the relationship, they dated several other people however considered each other their family. As of 2022, the duo is going strong without rumors and controversies.

Net Worth Of Sam Jay

Sam must earn a hefty amount of money as a comedian and writer through her dual professions. Not to mention, she is a writer for the famous show Saturday Night Live. According to Comparably, a stand-up comedian earns around $54,080 per year. As a famous comedian, she must be making over $100,000 per year.

Apart from stand-up comedy, Sam also earns good money from her career as a writer on SNL. The average income of a comedy writer is around $60,000 per year. But, being a writer for one of the most famous TV shows, she must earn over $100,000 per year. Further, the host for 2022 SNL is Natasha Lyonne, and her net worth is $5 Million.

Apart from her comedy and writing, she earns a hefty sum through live shows. Furthermore, she has also appeared in several TV shows up until now. Without a doubt, she must have accumulated a decent amount of money through it as well.

Altogether, Sam Jay’s net worth is around $1 Million as of 2022. Her fortune will rise in the coming days as she is still active in her professional career.