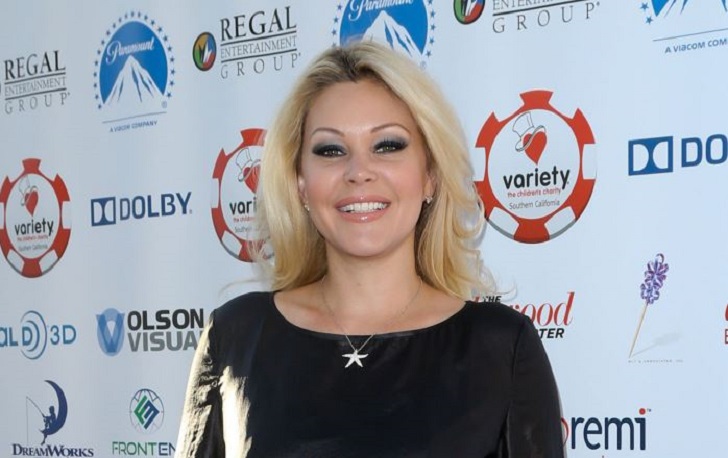 The media personality Shanna Moakler began gathering recognition after being first runner-up at Miss USA 1995. Moakler competed at the Miss USA pageant after winning the Miss New York USA 1995 title. The 5-feet-8-inch (173 cm) tall Shanna is also a model. She became Playmate of the Month for Playboy in December 2001.

Besides the professional work, Shanna’s personal life is also discuss in the media. She had several failed relationships, which we will discuss in the following sections. Who is Shanna’s present boyfriend? Know about it.

In March 2022, the Celebrity Big Brother (third season) cast Shanna confirmed her pregnancy to the People. Moakler said, “I took a pregnancy test, and it is positive. This has been a very difficult week, but I’m taking everything day by day.”

Moakler announced the news after her ex-boyfriend Matthew Rondeau was legally charged for domestic violence. Rondeau got arrested after sharing a problematic video in which he accused Matthew of cheating on him while in a relationship. In the now-deleted video, he also claimed that their relationship is over.

TMZ reports Shanna and Matthew started fighting after he blamed her for cheating. The fight also went physical. Matthew is charged with a felony of domestic violence, and his bail is set at $50,000. Additionally, Shanna has not confirmed whether Matthew is the father of the fourth baby growing inside her belly.

The 46-years-old TV personality Shanna began her relationship with musician and the rock band Blink-182 drummer Travis Barker in 2002. After a year-long dating, Barker and Moakler tied the wedding knot in gothic style on October 30, 2004. They were inspired by the stop-motion animated film The Nightmare Before Christmas for the ceremony.

Landon, 18, and the 16-years-old Alabama have appeared in their family show Meet The Barkers. The Barker siblings are also famous on Instagram. Landon has 840 thousand followers, and Alabama has 1.1 million followers.

Everything was fine; however, Travis filed for divorce on August 8, 2006. However, in 2007 people speculate their reconciliation after seeing them kissing and spending time together at the 2007 MTV Video Music Awards function, from which many of the. Later, on February 11, 2008, they finalized their divorce.

Following a year-long engagement, Oscar and Shanna welcomed their first daughter Atiana Cecilia De La Hoya, on March 29, 1999. However, Oscar De and Shanna ended their relationship in September 2000. Moakler also filed for a palimony suit against Oscar. He provides financial support to their daughter Atiana, but the amount is unclear.