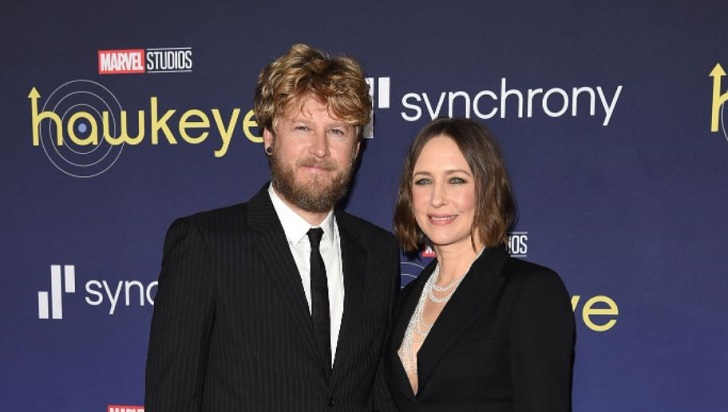 You might have watched The Conjuring Universe films if you prefer horror movies. The media franchise has made the best supernatural movies, such as The Conjuring, Annabelle Comes Home and others. Today we will discuss Vera Farmiga, who has portrayed the leading character in these horror films.

The 5-feet-4-inch (165 cm) tall American actress Vera played the role of paranormal investigator Lorraine Warren in the Conjuring Universe Films. From the portrayal, Farmiga is receiving worldwide recognition. Not only that, but her successful acting career has helped her collect an impressive sum of wealth. The actress has a $10 million net worth.

Now, let’s find out Vera’s marital details in the following sections. Is her married life going smooth as her professional work?

Who Is Vera Farmiga’s Husband, Renn Hawkey? Their First Meeting

The 48-years-old The Conjuring actress Vera lives a blissful marital life with Renn Hawkey. Farmiga’s husband Hawkey, 48, is an American musician and songwriter, better known as a member of the industrial metal band, Deadsy. The band has released successful albums such as Deadsy, Commencement, and Phantasmagore.

Similarly, Renn has worked as a producer in Higher Ground (2011), a drama film. For the information, actress Vera made her directorial debut in the same movie. Likewise, Hawkey has portrayed Dark’s Bass Player in The Singing Detective (2003), a musical crime comedy film.

Vera and Renn first met in 2004 on the set of the crime drama Television series Touching Evil. Farmiga and Hawkey were introduced by their mutual friend Allen Hughes, film director and producer. After the first encounter, the duo shared a good bond and soon began their romantic relationship.

As of now, Mr and Mrs Hawkey share a good bonding as perfect married partners. They spend their quality time and also attend public programs together. Likewise, the married pair also never misses a chance to share pictures on their Instagram accounts.

Vera and her husband Renn shared two adorable children from the marital relationship. Their first child, a son, Fynn McDonnell Hawkey, was born on January 13, 2009. Similarly, they became parents for the second time on November 4, 2010, welcoming daughter Gytta Lubov Hawkey.

The Hawkey family of four is living merrily. Vera and Renn are jointly parenting their kids. Similarly, the Hawkey siblings Fynn, 13, and Gytta, 11, are getting recognition as celebrity siblings, just like Kalin Patrick Wilson. Furthermore, they are active on Instagram. Fynn has more than 4 thousand followers, and Gytta has 1090 followers on her self-named Instagram account.