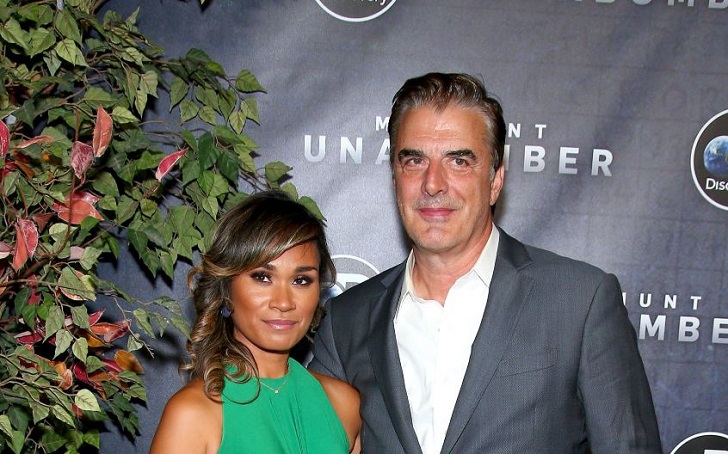 The Screen Actors Guild Award-winning American actor Chris Noth is a theatre, film, and TV shows actor. Noth has portrayed the leading characters in various movies and TV series. Among others, his role as William Bishop in The Equalizer is appreciable.

Who Is Chris Noth’s Wife, Tara Wilson? Their First Met

And Just Like That, actor Chris is in a positive relationship with his beloved girlfriend-turned-wife Tara Wilson. The 42-years-old Tara is also a part of the Hollywood Film Industry who studied at the American Academy of Dramatic Arts.

Tara has worked with Chris on Law $ & Order: Criminal Intent as Pam. Similarly, Wilson and Noth have played together in Frame of Mind (2008). In the film, Noth played Steve Lynde, and Tara portrayed the role of Angela. Furthermore, Tara has written a play, B.R.O.K.E.N code B.I.R.D switching.

Chris first met Tara in 2001 while she was working as a bartender at Chris’ bar, The Cutting Room in New York. At the time, Wilson was 22, and Chris was 47. Despite the 25-years of the age gap, Tara and Chris shared a god bond and soon began their romantic relationship.

Chris and his wife Tara are jointly parenting their two adorable boys. Following a seven-year-long engagement, Tara gave birth to her and Chris’s first son Orion Christopher Noth on January 18, 2008.

Similarly, on September 19, 2019, sharing Tara’s picture flaunting her baby bump, Chris announced the news that they were expecting another child. Sharing the news via Instagram, Noth wrote, “Orion is getting a brother- I better get my ass in shape.”

Later, Mrs. Noth gave birth to baby boy Keats Noth on February 18, 2020. As of now, the Noth brothers are living in the limelight with their celebrity parents. Orion, 14, and Keats, 2, are also recognized as star kids. Tara is not active on any social sites, but Chris never misses a chance to share images with his boy on his verified Instagram account.

In A Marital Relationship Since 2012

Following eight-year-long dating, Chris proposed to his girlfriend, Tara, with an engagement ring in 2009. The duo decided to tie the wedding knot after three years of engagement. They walked down the wedding aisle on April 6, 2012, in Maui, Hawaii.

Since the wedding day, Mr. and Mrs. Noth share a healthy bond as perfect married pairs. Unlike other Hollywood couples, Chris and his wife Tara prefer to keep their marital details under the wrap. Chris also rarely shared images with Tara on her social sites. Likewise, Chris and Tara seldom attend public events together.