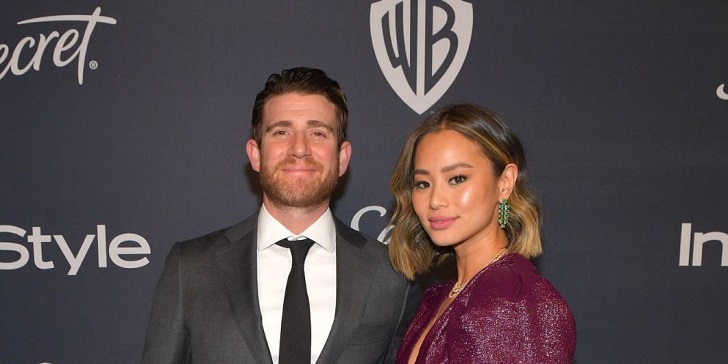 If you are obsessed with reality Television series, you might have watched MTV’s reality series The Real World. Today, we discuss Jamie Chung, who has successfully driven her career from reality star to TV and movie star. Chung is worldwide famous for appearing in The Real World: San Diego, the fourteenth season of The Real World.

The Actress of Korean ancestry was born Jamie Jilynn Chung on April 10, 1983, in San Francisco, California. Chung graduated with a B. A degree in economics from the University of California Riverside. She has been a part of the Hollywood entertainment industry since 2004 and has won the Golden Space Needle Award at Seattle International Film Festival (2012).

Her professional career has helped Jamie gather both media attention and an enormous amount of wealth. She has an approximate net worth of $5 million as of June 2022. Now, let’s find the interesting marital details of Jamie and her husband, Bryan Greenberg, in the following sections.

Like Jamie, her beloved husband, Bryan Greenberg, is also a well-established Hollywood actor. The actor Bryan, who received a Bachelor in Fine Arts degree in theatre from the New York University, is known for playing Jake Jagielski in One Tree Hill, an American drama series.

The 6-feet (183 cm) tall Greenberg entered the acting field in 1997 at 19. Since then, he has continuously served the Hollywood Film Industry and has established himself as a better actor. His movie credit includes The Good Guy, Freinds With Benefit, Vice, The Perfect Score, Bride Wars, etc.

Similarly, Bryan’s TV series role includes himself in Unscripted, John Hammond in Bessie, Ben Epstein in How to make it in America, Ben in The Mindy Project, and others. Likewise, Greenberg, 44, is also a singer who has released songs such as Someday, Troubled Mind, Gonna Break, Day Dream, Something in the Way, etc.

We get nothing before the right time. The same thing happened in the case of Jamie and Bryan’s relationship. They met several times but did not start a romantic relationship and waited for the right time until they knew they were meant for each other.

In an interview with US Weekly in 2017, Jamie said,

“We met like 10 years ago. But I was barely starting off, Bryan was working. We just so happened to recently work with the same producers — Scott Rosenberg, Andre Nemec, Josh Appelbaum and they kept talking about this Bryan guy. I was like, ‘Who is this Bryan guy?’ I thought he was really cute, saw him around town, saw him once at a party and we hit it off. But it was very respectful and a conversation that lasted a little too long.“

Chung added, “And then we met each other in New York again, went on a date and then we didn’t talk for a year. And then we started dating in L.A. So it was kind of like a five-year process. It really was like missed opportunities, missed timings, different cities and then finally we ended up in the same city together.”

Moreover, Jamie and Bryan have appeared together in the Already Tomorrow in Hong Kong. In the 2015 romance film, Chung portrayed the role of Ruby and Bryan made an appearance as Josh.

Following several months of dating, Bryan proposed to Once Upon A Time Actress Jamie with an engagement ring in December 2013. Greenberg popped the question in Chung’s hometown, San Francisco, singing a song he wrote.

Later, Jamie and Bryan took their relationship to the next level by marrying on October 31, 2015. Their three-day wedding ceremony was held at the El Capitan Canyon resort in Santa Barbara, California, in attendance of their close ones.

Jamie wore a full sleeve embellished slit gown by Monique Lhuillier for the big day. On the other side, the groom wears a blue suit with a black border, blue pants, a white shirt, and a black bow tie.

Since the wedding day, Mr. and Mrs. Greenberg have shared a healthy bond as perfect married partners. Big Hero 6: The Series Actress Jamie has already celebrated her 6th wedding anniversary with her husband, Bryan. The married pair jointly makes a presence in public events and travels to exotic places. Likewise, Bryan and his wife Jamie never miss a chance to post adorable pictures on their official Instagram account.

The 5-feet-6-inch (168 cm) tall Jamie did not announce her pregnancy, but on October 27, 2021, she shared a picture holding a newborn baby’s hand, saying, “x 2. Pretty magical.” Similarly, on October 25, 2021, Bryan shared an adorable video of twin babies sleeping on his chest, writing, “We got double the trouble now.”

As of now, Jamie and Bryan are jointly parenting their twins. The Greenberg twins are also featured in most posts updated by their celebrity mother Jamie and star father Bryan on their official social sites.

Want to know about your favorite Hollywood pairs? Then, stay connected with Favebites for interesting updates