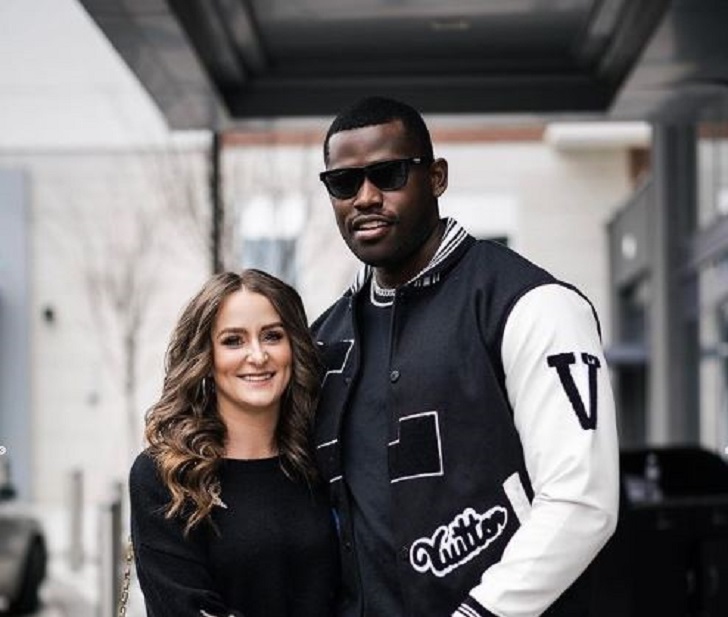 If you prefer watching reality shows, you might have heard about Teen Mom 2. The MTV reality series followed the lifestyles of several teen moms. Among them, Leah Messer was also part of the show. Messer’s prominence enhanced after she starred in the reality series. As of now, she is living in the limelight life and is recognized as a reality star.

The 16 and Pregnant former cast Leah was born in Elkview, West Virginia, on April 24, 1992, to Dawn Spears (mother) and Gary Lee Miller (father). She has two siblings, a sister, Victoria Messer, and a brother Isaac Messer. Leah’s sister Victoria is married to he husband, Royer Rodriguez. The details of Leah’s education are missing, but as per the sources, she was a cheerleader.

Leah recently surprised her fans by revealing her engagement. She is also the mother of three adorable girls. In the following sections finds the details of Messer’s love life.

The 30 aged American reality actress Leah got engaged to her partner Jaylan Mobley. The wedding proposal was a complete surprise for Leah as Jaylan popped the question during their anniversary trip to Costa Rica while enjoying their romantic time on the beach.

Mobley got down on his knee and proposed to Messer with a 4.7-carat diamond ring from New York Diamond Jewelry in August 2022. The newly engaged pair announced via their official Instagram account, “Two souls, one heart. It’s official.” Teen Mom’s official Instagram handle also congratulated the couple saying, “so so happy for you two. A lifetime of happiness awaits + we can’t wait to be a part of it.“

Talking with People Magazine regarding the engagement, Leah said, “It feels amazing. I never imagined myself being here today, but I couldn’t imagine myself being anywhere else.” Jaylan, who had been planning for several months, said, “I’ve been thinking about this for at least 2-3 months. I knew that it would be cool if we did it in Costa Rica — where we came when we first started dating. I just consider myself to be blessed and lucky to be in her life.”

Who Is Leah Messer’s Fiance, Jaylan Mobley? When Did Their Romance Start?

Regarding education, Mobley studied Computer Science and majored in Homeland Security at Georgia Military College (GMC). Later, he received a Bachelor of Science (BS) degree in Management Information Systems from West Virginia University. Likewise, he gets a Master of Science (MS) degree in Cyber Security.

The details of US Army Jaylan and reality star Leah’s first meeting are unclear. But, the couple began their romantic affair in August 2021.

However, they made their relationship public after a year on September 11, 2021, sharing a romantic picture using the “lock and red heart emoji,” for the caption. Currently, the Teen Mom: Family Reunion star Leah and her fiance Jaylan share a perfect bond. The couple has not yet shared their wedding plans.

Before sharing her intimate life with Jaylan, Leah was a married woman. She tied the wedding knot with her first husband, Corey Simms, on October 17, 2010, as per her IMDb profile. Corey has also appeared in Teen Mom 2. However, Simms and Messer’s marital relationship ended on June 21, 2011

After ending her marital relationship with Corey, Leah started her marital affair with her second husband, Jeremy Calvert. Messer and Calvert exchanged vows on April 4, 2012. After two years, their marriage ended, and they officially divorced on June 8, 2015.

Leah and Jeremy welcomed their daughter Addalyn Faith ‘Addie’ Calvert on February 4, 2013. The nine-year-old Addalyn lives with her mother Leah, step-father Jaylan, and step-sisters Aliannah and Aleeah Simms. Likewise, Addie currently studies in 4th grade and shares a good bond within the family.