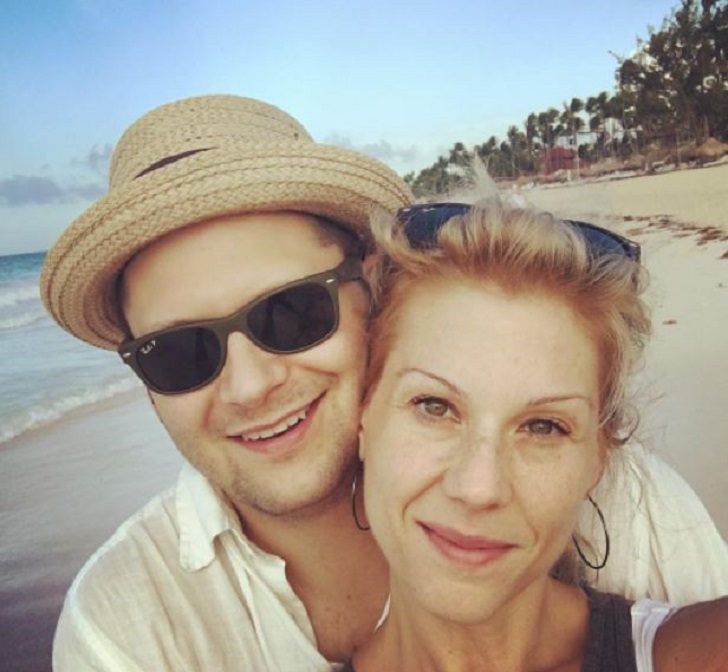 The New York University’s Tisch School of the Arts graduate Stephanie Kurtzuba is pursuing a career in the acting sector. The American actress Kurtzuba has been a part of the Hollywood Film Industry since 2003. Stephanie is widely popular for playing Kimmie Belzer in the biographical black comedy film The Wolf of Wall Street.

The 50 aged actress Stephanie met her now-husband Joshua Coakley at the Alley Theatre in a show. Kurtzuba was performing in the show, and Coakley worked in the props department.

After the first encounter, Stephanie and Joshua shared a healthy relationship which later changed into a romantic bonding. Following several months of a romantic relationship, Kurtzuba and Coakley tied the wedding knot in September 2005.

They walked down the wedding aisle in a private wedding ceremony attended by their close ones. So, the detailed information regarding Stephanie and Joshua’s wedding is unclear. Mr. and Mrs. Coakely live a healthy and blissful marital life without creating any rumors related to the separation.

Stephanie and her husband, Joshua, have already celebrated their 16th wedding anniversary. Coakley is not active on any social sites. But, Stephanie never misses a chance to upload a picture with her hubby Joshua on her official social networking sites. On September 16, 2015, sharing a wedding image, Stephanie wishes her spouse Joshua on their 10th wedding anniversary, saying, “10 years with my favorite human being on earth. I’m the lucky one.”

As of now, Stephanie and Joshua are jointly parenting their sons. Like Phineas Timberlake, Calvin, 14, and his younger brother Dexter, 12, are also gaining wide media attention as celebrity kids. Similarly, the Coakley brothers also feature on most of the posts updated by their celebrity mother, Stephanie.