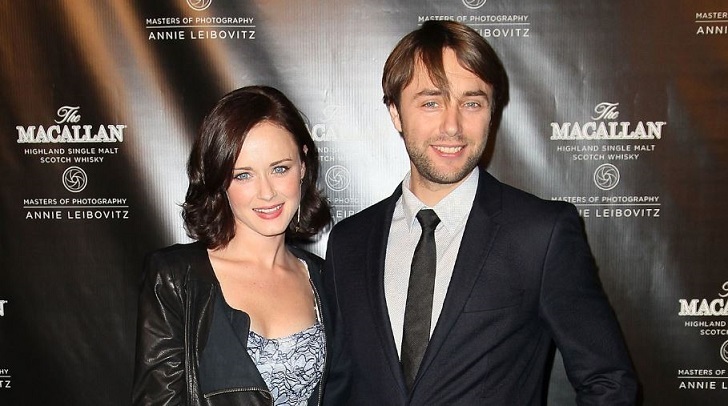 The American actor and actress Vincent Kartheiser and Alexis Bledel are parting their ways. Many people have loved these Hollywood pair’s solidarity since their first joint project Mad Men. But, as of now, they have decided to end after several years of the marital relationship.

Vincent played the leading role of Pete Campbell in the AMC’s successful period drama series Mad Men, whereas Alexis made her guest appearance as Beth Dawes. The actor Vincent who has acted in Angel, Titans, and American Experience, filed for divorce from Alexis. Why did the pair end their relationship after so many years? What is the reason behind their marriage conclusion? Here are some of the details you need to know.

Dissolution Of Marriage In 2022

The 40 aged Gilmore Girls actress Alexis and 43 aged High School USA! actor Vincent are ending their marriage after two months of celebrating their eighth wedding anniversary. As per media outlets, Kartheiser filed for divorce from Beldel on August 10, 2022, at the Putnam County Supreme Court, New York.

Their divorce is making highlighted news in multiple media tabloids. But, the details of their judicial separation are yet to publicize. At the moment, Vincent and Alexis’ reason behind the split is also mysterious, and the divorce is not finalized yet.

Vincent Kartheiser And Alexis Bledel’s Romance Started On The Set

As cited above, Vincent and Alexis’ first joint project as an entertainer was Mad Men. The series not only helped add prominence to their professional careers. But, it also became a medium for Vincent and Alexis to find love who previously tasted failure in romantic affairs.

Kartheiser and Bledel began their relationship, soon sharing a good bonding while filming. But, they kept it low-key and privately enjoyed their dating life. However, after a year, the couple’s announcement of getting engaged shocked the nation.

The Another Day in Paradise actor Vincent proposed to The Ballad Of G.I. Joe actress Alexis with a diamond ring in March 2013. Later, in June 2014, they tied the nuptial knot privately in Ojai, California. Their wedding information is unknown, but the sources told US Magazine, “It was a small and intimate family affair.”

Alexis and Vincent are among the celebrities who do not prefer the spotlight and media attention concerning their personal life. After secretly marrying, the duo became parents for the first time in 2015, keeping all the facts regarding the baby secret. The pair choose not to share even the name of their kid.

However, Alexis’ colleague from Gilmore Girls, Scott Patterson, hinted at some details of Vincent and Alexis’ baby during an interview with Glamour in May 2016. He said, “She‘s [Alexis] really blossomed as a woman, and now she’s a proud new mother and married and happy. We’re comparing notes because my son is about a year and a half older than her young son. I’m showing her photos and videos and what to expect. We’re just really enjoying each other’s company.”