Skip to content
Home » Entertainment » Who is Deepti Dating? Shake and Deepti Relationship

Who is Deepti Dating? Shake and Deepti Relationship 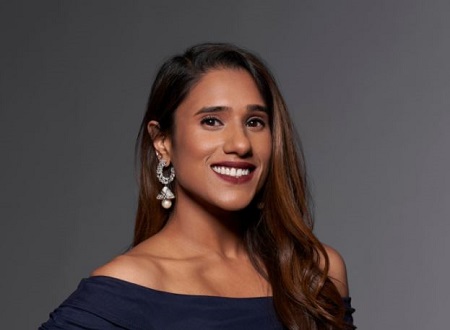 Deepti Vempati is one of the final contestants of Netflix’s dating reality show Love Is Blind (season 2). Besides the reality star, Deepti is an Information Technology Analyst working at Allstate, an insurance company.

The Bradley University graduate Vempati is earning a broad media attraction from her appearance in the reality show. However, her relationship with the partner she found in the program did not last long. Now, let’s know Deepti’s present relationship status and her unsuccessful romantic relationship with Shake.

Deepti And Shake’s First Meeting In ‘Love Is Blind’

The Love Is Blind Season 2 premiered on February 11, 2020. In the show, Deepti connected with veterinarian Abhishek ‘Shake‘ Chatterjee. Being an Indian root and sharing the same culture made it easier for Deepti and Shake to share a good bond. They also got engaged as the engagement was the part of the show.

However, after meeting in person, Shake claimed Deepti as his “best friends.” However, speaking about Deepti in her back, he said, “I am not physically attracted to her.” Shake added, saying, “It feels like I’m with my aunt or something.”

Deepti and Shake talked about how physical intimacy and chemistry were lacking between them. Knowing how Shake mistreated Deepti in her back, she said, “It was kind of disappointing and hard to watch, especially because my parents were so impacted by it.“

At the show’s finale on February 25, 2022, some contestants tied the knot and some split at the wedding. Among them, Deepti and Shake are also the ones. After Shake’s awful manners, Deepti decided not to exchange vows with him.

When Vempati was asked whether she is walking down the aisle with Shake or not, she said, “I hope you know how much mean to me and the impact you’ve made on my life, but no, I cannot marry you. I deserve somebody who knows for sure, so I’m choosing myself. I’m going to say no.”

Are Deepti And Shake Together?

After splitting on the wedding day, Vempati has kept her relationship private. However, her brother Sunny Vempati took his Instagram to cheer up his sister after separating from Shake. He is proud of her sister for not marrying a “looser.”

Overlooking Sunny’s Instgram post, it seems like Vempati and Shake have no chance to reunite. However, Shake’s Instagram suggests something different. On February 28, 2022, he shared a picture with Deepti saying, “It’s a celebration! What a fun day/night/morning! I can’t believe we stayed out on @kevinaaronburnett yacht til 5 AM. Glad we got all these pics once the sunset a little bit. Last pic at Nobu on Sunday after. We had reservations.”

Neither Deeti nor Shake has declared their reunion, or they are just friends. The season’s “The Reunion” episode is yet to be aired on March 4, 2022. We have to wait until it is released to know whether they are reunited or not.