Who Is ‘Fate: The Winx Saga’ Actor Danny Griffin’s Girlfriend? 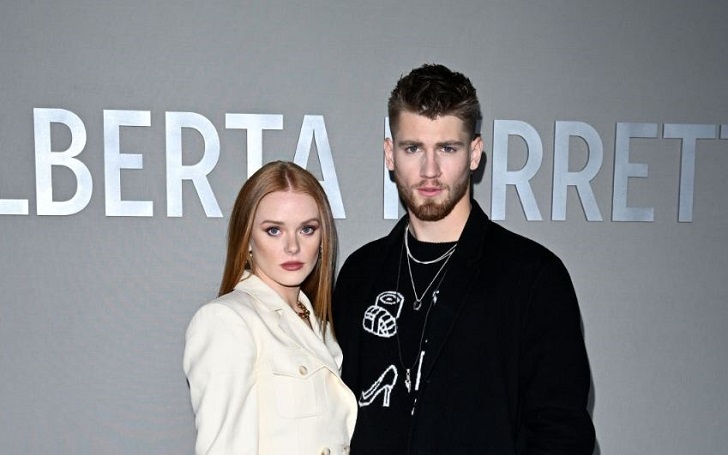 The British actor Danny Griffin started his acting career by working on the stage in 2015. Later, Griffin got a chance to make a guest appearance in the Netflix drama series Free Rein. To date, actor Danny has made appearances in several successful movies and TV shows.

Danny is best known for playing Sky in Fate: The Winx Saga. Besides, actor Griffin is also a model represented by IMG Models. His official Instagram bio suggests that ICM Partners manage him. Danny is pursuing a better career in the entertainment sector. But, what about his personal life? In this topic, we will discuss the love life of Griffin.

The 27-years-old Danny is out of the market. He is in a blissful romantic relationship with his girlfriend. Griffin’s lover is no other than Abigail “Abbey” Cowen.

Abbey, 24, is also a well-known name in the Hollywood Film Industry. The University of Florida, with a degree in Public Relations (PR) graduate Abbey, has featured is known for playing Dorcas Night in Chilling Adventures of Sabrina.

Abbey Cowen And Danny Griffin Made Their Relationship Public In 2021

The American actress Abbey and the English actor Danny first met on the set of Fate: The Winx Saga. Not only on screen, but they also shared a good off-screen bond. Their close connection started creating rumors regarding their romantic relationship.

Later, in October 2021, Danny and Abbey officially announced their relationship via an Instagram post. On October 2, 2021, sharing a picture with Abbey, Danny wrote, “Signing of.” Similarly, Abigal captioned the image saying, “neat!!“

As of now, Griffin and Abbey are sharing a healthy bond as perfect lovebirds. The couple shares travel images on their respective Instagram account. On December 4, 2021, Danny shared a cute video featuring him and Abbey with the caption, “And in that moment, they had no idea the sun burns they would face come sun down.”