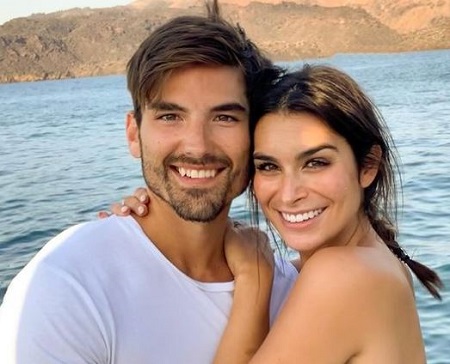 Found Love In The Bachelor In Paradise

For Jared, appearing in Bachelor In Paradise did not only help gain prominence. But, it also became a place to find true love for him.

Jared, 32, first met his now-wife Ashley Iaconetti in the second season of Bachelor in Paradise (BIP) in 2015. After several ups and downs, Iaconetti and Haibon finally started dating in May 2018. The couple also released the video title “Story of Us” in May 2018.

Following a month-long dating, Jared proposed to Ashley the question in June 2018. He popped the in Sayulita, Mexico. Haibon’s proposal is featured in season 5 of Bachelor In Paradise.

After the engagement, Jared and Ashley decided to take their relationship to the next level. On August 11, 2019, at Kay Chapel at Hotel Viking in Newport, Rhode Island.

Their wedding was designed and planned by an event planner, Simply Troy. The bride Ashley chooses a strapless ball gown from Lovella Bridal for the ceremony. She wore a beautiful earpiece from Brooke Ryan. On the other side, the groom, Jared, wore a black tuxedo from The Black Tux.

The Birth Of Their First Child

From a strong marital relationship, Jared and his wife Ashley share an adorable baby boy. The couple announced her pregnancy on an Amazon Live stream. In a live stream, Haibon said, “It’s weird to say we’re gonna be parents. When does it sink in?”

Later, in August 2021, they revealed the gender of the baby (boy) via an Instagram post. Finally, on January 31, 2022, Ashley gave birth to their son Dawson Dimitri Brady Haibon. The husband-wife duo announced the news and his name via Instagram post.

As of now, Jared and Ashley are jointly parenting their newborn baby. Additionally, they have a pet dog named Lois.