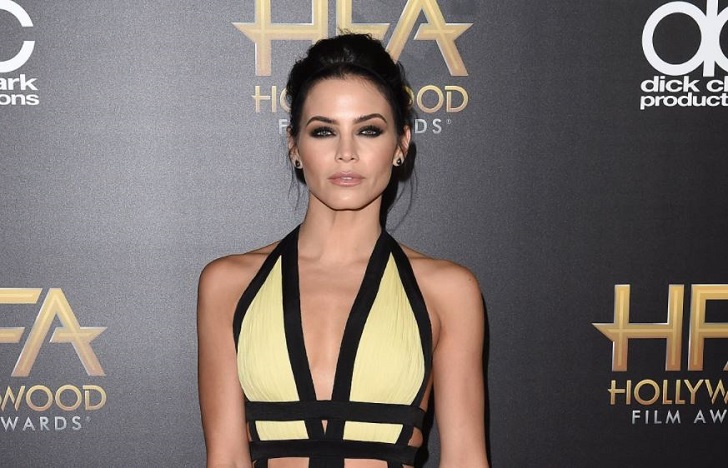 The Teen Choice Award-winning Hollywood actress Jenna Dewan is famous for playing Mia in the film Set Up. Also, actress Dewan is popular for her portrayal as Lucy Lane in the superhero TV series Supergirl. The 5-feet-2-inch (157 cm) tall Jenna is also a back-up dancer who has danced for Janet Jackson, Missy Elliot, etc.

What is the Soundtrack cast Jenna’s current relationship status? Know about actresses’ present and past affairs in the following sections.

The 41-years-old Witches of East End actress Jenna is in a blissful romantic relationship with Steve Kazee. Dewan’s partner Kazee is also an actor who has made his appearance in The Walking Dead, The Rookie, etc. Jenna first met Steve backstage of Once, a Broadway show, where Kazee has played the leading role.

In an interview with The Knot in 2021, Jenna recalls the moment saying, “About nine years ago, I happened to be in New York, so I took my mom to see Once on Broadway. We cried our eyes out and fell in love with the show, particularly the lead actor, Steve Kazee. We thought he was just so talented.“

Even after knowing each other, they did not start dating as they were married to their spouses. After more than five years, Steve messaged Jenna saying, “Hey, I don’t know if you remember me, but how are you?” Seeing Kazee’s text, Dewan “was floored.” Soon, they met each other and began their romantic life in October 2018; at the time, Jenna was already separated but not divorced from her first husband.

Following more than a year-long dating, Steve proposed to Jenna with an oval-cut diamond ring in February 2020.

Steve and Jenna announce their engagement via an Instagram post. Dewan shared the photo of herself kissing Kazee flaunting her engagement ring, captioning, “A lifetime to love and grow with you. You have my heart.” The couple is soon walking down the aisle.

Although Jenna and Steve have not exchanged the wedding vows, they are parents to their adorable baby boy. In September 2019, they revealed the news of Jenna’s pregnancy through the Instagram post. Later, on March 6, 2020, Jenna gave birth to their son Callum Michael Rebel Kazee.

Sharing the news of Callum’s birth, Steve wrote, “In an instant our universe burst wide open and nothing would ever be the same. Welcome to earth star child. Callum Michael Rebel Kazee 3/6/20.” As of now, Callum, 2, is living merrily with his celebrity parents. He often features on Jenna and Steve’s Instagram posts.

Jenna and Channing exchanged the wedding vows in Malibu on July 11, 2009. From the marital relationship, they shared daughter Everly Tatum in 2013. Everything was going fine; Tatum and Dewan were sharing a good bond. However, on April 2, 2018, they announced their separation. Later, the divorce was finalized in November 2019.