Who is Judge Mathis Married To? Linda Reese Married Life 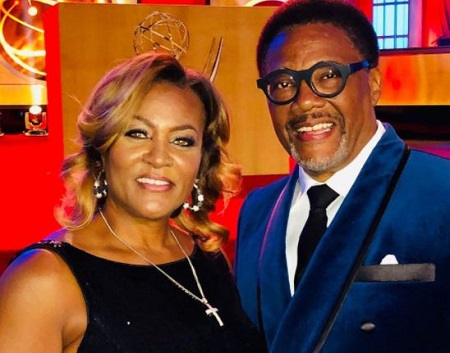 Judge Mathis And Linda Reese Are Married Since 1985

The 61 aged Greg met his now-wife Linda at the Eastern Michigan University (EMU). Linda is a former Detroit public school teacher. Resse is also the Owner/Executive Director of the Children’s Advanced Learning Center.

As per Linda’s Instagram post, she and Greg met in 1984 while entering her senior year, and Greg had already graduated from EMU.

After the first encounter, Resee and Mathis shared a good bond and soon began their romantic affair. On June 1, 1985, Greg and Linda tied the wedding knot. Their wedding ceremony was held in an intimate ceremony held in front of their dearest ones.

Since the wedding day, Mr. and Mrs. Mathis are sharing a good bond as a perfect married partner. In June 2021, Greg and his wife Linda celebrated their 36th wedding anniversary. The married duo visits many exotic places together, spends quality time with their family. Additionally, Linda never misses a chance to share pictures with Greg on her Instagram account.

Greg and his wife Linda shared four adorable children from a strong marital relationship. They welcomed their first kid, a daughter, Jade Mathis, in May 1985. Similarly, their second daughter Camara Mathis was born in October 1987.

Likewise, Linda and her husband Greg became parents for the third time in January 1989, who shared a son Greg Mathis Jr. Moreover, their fourth child Amir Mathis was born in July 1990. All the grown-up Mathis kids are living blissful life. They are also gathering fame as celebrity kids.

Linda and Greg’s eldest kid Jade is also an attorney by profession. Jade is the founder of The Resilient JEM, LLC. Likewise, their other daughter Camara is also pursuing her career as an attorney.

Greg and his spouse Linda are also grandparents to their two adorable grandbabies. The grandchildren are from their second daughter Camara. The 34 aged Camara has been in a marital relationship with her husband Ryan Webb since August 2017.

On the other hand, Linda and Greg’s younger son Amir Mathis, 31, is a married man. He is in a marital relationship with his fiancee Linnea.