Skip to content
Home » Entertainment » Who Is Justin Baldoni? Know About His Marital Life With Wife Emily Baldoni

Who Is Justin Baldoni? Know About His Marital Life With Wife Emily Baldoni 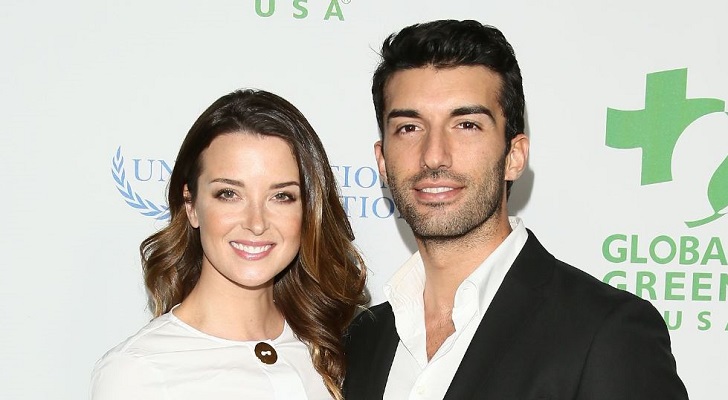 After spending more than a decade portraying various roles and characters, Justin Baldoni is now entered into filmmaking. The American actor Justin is widely favored for playing the leading character of Rafael Solano in The CW romantic comedy-drama Jane The Virgin. For the series, Bladoni also received Teen Choice Award nominations.

Justin Louis Baldoni was born on January 24, 1984, in Los Angeles, California, to Sharon Baldoni and Sam Baldoni. His parents have been married since 1983. Justin has a younger sister named Sara Baldoni. Sara is a graduate of the University of Southern California and works as a producer at Trailblazers. Also, her Instagram bio suggests she is the founder of cakes and bakery store BalBakes. The actor also attended the California State University, Long Beach (CSULB).

Justin has acted in movies and TV series such as After Dusk They Come, Everwood, Single Ladies, and The Young and the Restless. Being in the entertainment field means grabbing media attention and living in the limelight. Baldoni is living the spotlight life. Besides, from the appearances, the actor undoubtedly makes an impressive wealth. He has an approximate net worth of $2 million. Baldoni’s martial life is also as successful as his professional life. Get to know the details of his wedding life with his wife, Emily Baldoni.

The 6-feet-1-inch (185 cm) tall Justin and his now-wife Emily Baldoni, born Emily Foxler, began their romantic relationship in 2012. Emily, 37, is a Swedish-born actress who has also made her appearance in Jane the Virgin.

It is reported that Justin and Emily first met at a restaurant in Los Angeles. And at the first meeting, Justin, who had several failed relationships fell in love with Emily knowing she was the one. Remembering their first met, Baldoni said to Makers, “When I met Emily, it was unlike all my other experiences. She had like depth and grace and this quiet strength that I think I’d always dreamed of and I just knew.”

On April 13, the Five Feet Apart director Justin offered Emily a marriage proposal in a romantic setup at Blu Jam Cafe, where they had their first date. The proposal was a complete surprise for Emily, and she merrily accepted.

Their Marital Life Since 2013

The Wayfarer Entertainment co-founder Justin married his fiance Emily on July 27, 2013. Their beautiful white wedding ceremony was held in Corona, California, attended by their friends and family members.

Emily wore a thin strap V-line gown, pairing it with simple diamond earrings to walk down the wedding aisle with her partner. Similarly, she chooses a nude makeup look while wearing a beautiful daffodil tiara. Her groom Justin dashed his wedding look wearing a light brown tuxedo.

As of now, Mr. and Mrs. Baldoni are sharing a healthy marital relationship. This married pair recently celebrated their ninth wedding anniversary. Justin shared a video of Emily singing from their wedding day; he wrote, “Nine years today. It just keeps getting better and better.”

On June 27, 2015, Justin and Emily welcomed their baby girl, Maiya Grace Baldoni. Sharing the picture of their newborn daughter, Maiya Grace, Justin captioned the picture, “Saturday, June 27th at 11:29 am our lives changed forever. Born at home, in our bed…she weighed 7lbs, 15 oz, [and] was 21 inches long of absolute perfection (and a full head of hair). Welcome to the world Maiya Grace Baldoni… I know with all my heart that you are going to change it.”

Similarly, Emily announced her second pregnancy in May 2017 and gave birth to their second kid, a son, Maxwell Roland-Samuel, in October 2017. Sharing newborn Maxwell’s picture, Emily wrote, “HE. IS. HERE! Our little Maxwell Roland-Samuel Baldoni came into this world on Wednesday and showed us that it was possible for our hearts to double in size …again. We want to thank everyone for all the love and prayers. We are so grateful. So much more to come.” Justin and Emily are jointly parenting their two kids.